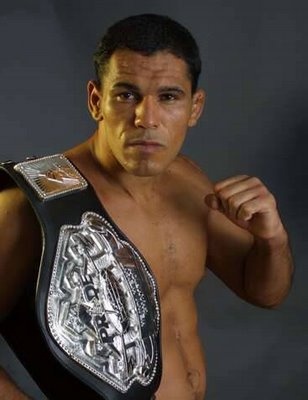 PORTLAND, Ore. (AP) _ A rare appearance before home-town fans ended in disappointment for Randy Couture, who lost an unanimous decision to Brazil's Antonio Nogueira in the main event Saturday at UFC 102. At the age of 46, Couture would seem likely an unlikely superstar in a sport that is dominated by younger grapplers. On Saturday, the 33-year-old Nogueira proved to be too much for Couture to overcome. After an evenly matched opening two minutes, Nogueira landed a hard right-hand punch that knocked Couture to the mat. The resilient Couture managed to fight his way back to his feet and was able to dish out several hard shots before the end of the round. One of those shots even opened a cut on the side of the Brazilian's left eye, but the judges still gave Nogueira the overall edge for the round. Another hard hit sent Couture to the mat early in the second round, and he stayed there for quite a while before managing to fight his way back to this feet. But Nogueira showed his strength by following up with a string of hard right hands to Couture's head. Couture went down again early in the third and took a considerable amount of punishment while on his back. Just as he had two times before, Couture was able to reverse his way out of trouble. He retaliated with elbows to Nogueira's jaw. But it wasn't enough for the former assistant wrestling coach at Oregon State, and Nogueira managed to hold on for the victory. Also on the main-event card was an exciting clash between middleweights Jake Rosholt and Chris Leben. Rosholt appeared to have the advantage until Leben landed a hard left to Rosholt's chin late in the second round. Rosholt rebounded in the third round when he put Leben on his back and followed with a head and neck lock that left Leben twitching on the mat.