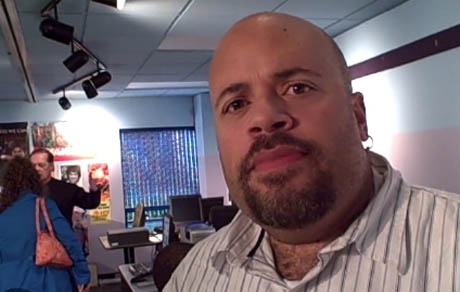 Just months after its re-launch, the Salvation Army has shuttered the Moore Street Computer Clubhouse after nine years of service to North Portland.
Major Barbara Sloan, appointed as chief officer of Moore Street in July, says the facility cost too much to operate and reached too few youths.
"As we were preparing the budget for 2010 the reality of a program that cost the Salvation Army an excess of $90,000 a year to operate and that money would have to come directly out of capital and pulling from other fundings that we have, while only serving 15 kids – unduplicated count kids – per month, just certainly wasn't a prudent use of donated funds," Sloan told The Skanner.
The Moore Street Computer Clubhouse program, a partnership of Intel and the Boston Museum of Science was aimed at local youth ages 10-18, offering cutting edge computer training and free computer access in music, film and animation production, as well as college preparation and career development.
From the date of its official re-opening to the public April 28 to its closure, Friday, Aug. 7, staff members Ron Carr, David Walker and Elijah Hasan were only given four months to turn the facility around.
The clubhouse, opened in 2001 with a grant from Intel corporation, was closed for eight months last year for financial reasons and lack of participation, said Jim Sloan, Portland Metro coordinator at the Salvation Army and Barbara Sloan's husband.
"We thought that we could make it happen and we were not able to make it work right," he told The Skanner.
"We thought that we would get some funding support from Intel, and we didn't even get funding support from Intel," Barbara Sloan said. "It's a program that's a luxury program, and when the economy is rough, luxury programs that reach the least amount of folks, unfortunately, have to get put under that critical knife of 'is this really the highest and best use of dollars entrusted to us by the public.'"
However, Jim Sloan confirmed to The Skanner that the Clubhouse took two years to spend a $15,000 "refresh" grant from Intel, which was used this past spring to update software and equipment.
Intel spokesman Bill MacKenzie calculated Intel's total investment in the Moore Street Computer Clubhouse over the Clubhouse's nine years of operation at $425,128.
"Right at the outset you know and we know it is a difficult time all around, and organizations and companies are having to make difficult choices," MacKenzie said.
"We understand that's occurring, but at the same time it's unfortunate that one of the decisions that the Salvation Army made was they needed to cease operations at the Moore St. Clubhouse."
MacKenzie said that Intel's obligation within the program was to fund the startup, but that several times over the past nine years they had provided "refresher" grants to upgrade the equipment, and recruited numerous volunteers.
"I think that to some degree that there may be misunderstandings of our long history there, because not everybody who's been at the Salvation Army has been there from the outset and may not have a full understanding or appreciation of the extent of our involvement," he said.
Barbara Sloan says the equipment at Moore Street will be used to partner with another community organization for public use.
"We are in the process of doing some collaborative efforts with some other local agencies that are also struggling for funding, that if we were to collaborate and they were to come under the Army's umbrella, would they then remain successful and then continue the services that they provide in the North Portland area," she said.
"One of them is a housing first program for people that have lost their homes due to foreclosure and the education process of building their credit and stuff they would need to have computer access," she said. "The other one is a workforce training program."
David Walker, who lost his job as co-director of the Clubhouse, says the worst part of the closure is that the neighborhood kids who worked for months on music mixes, films and animation projects were unable to complete their work.
"The last week of operation, our numbers went through the roof," he said. "That's the worst part – I don't care about losing my job. I had to look every single one of these kids in the eye and say, 'sorry, this program is over, what can I do?'"
Walker said many of the youth were Jefferson High School students.
"The kids that I was working with there were the best kids I've ever worked with," he says. "I used to tell them, hey, one day I'm going to be coming to you asking for a job."