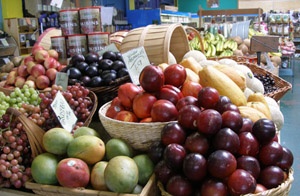 For the better part of her four children's lives, Monica Taylor has relied on the state of Oregon's Food Stamp Program to supplement their food budget. When money was tight for the single mom, she would go and see if she qualified for food stamps.

"I'm just applying for some assistance," she said. "I just need a little help, not much."

She would go in for face to face interviews and a caseworker would tell her how much the benefits would be. But three times since the 1990s, Taylor says case workers wrongly calculated the benefits she should be receiving.

Through no fault of her own, Taylor was forced to pay back thousands of dollars in food stamp "overpayments" for which the government agency says she wasn't eligible.

"I assumed it was correct," she said. "Who am I to question her (the caseworker)?"

Taylor isn't the only one who has received a food stamp grant only to find out the government worker – or the applicant themselves -- got it wrong. Last year, there were 5,533 food stamp overpayment cases, according to Food Stamp Program Director Belit Stockfleth. Some of these cases were agency errors and some were recipient errors, but the agency doesn't keep track which cases were caused by client or government.

In each of these cases, federal law requires the state to collect any overpayment from the client. If the client is currently receiving food stamps, they can see a 10 percent reduction in benefits until the balance is paid.

If the recipient wants to challenge the validity of the overpayment, they can request an administrative hearing. Unfortunately for these defendants, most of whom are poor or were poor when they received food stamps, having a lawyer help with their cases is hard to come by.

Unlike a criminal proceeding, a lawyer is not automatically assigned to low-income defendants in civil proceedings, let alone a hearing. A defendant must either hire a lawyer or contact legal aid, although "most of the time they don't ask" for legal representation, according to Stockfleth.

Leslie Kay, director of the Multnomah County office for Legal Aid Services of Oregon, says they only have the resources to take about 2 out of 10 cases requested of them. As for helping people with public benefits cases, resources are thin.

"We have one person," she said, who handles all public benefit cases. "Unless it's for a large amount, the likely scenario is that we would not take the case."

They do, however, provide legal advice. Low-income people involved with a public benefit case can call 1-800-520-5292 for advice on representing themselves.

For Taylor, she is now getting legal help from Eric Green, a paralegal for EboniiSoft, Your Personal Business Inc. Green has assisted Taylor in legal research to challenge the latest overpayment request and at the very least, asking the department to reduce her benefits instead of having her wages garnished.

What's most disturbing to Taylor is the amount of cash money she has had to pay back for food stamps. When a recipient receives food stamps, they are not allowed to purchase pet food, pre-made food, hot food, vitamins, toiletries, alcohol or tobacco – only "foods for the household to eat," according to the Department of Agriculture. But the money Taylor was forced to pay back could be used for anything.

Asked if the department thought it fair to repay a food payment with cash that can be used to buy anything, Stockfleth said, "When people receive food stamp benefits, it adds $9 more in the wider economy to the $1 used … It's looked at as real money, not just food money."

According to Stockfleth, getting a request for overpayment for families can be "devastating."

To their credit, the food stamp program has improved error rates – for both overpayments and underpayments – in recent years. Stockfleth said in 2006, there were 7,787 overpayment cases. That number was reduced to 5,533 in 2008 and in 2009 – so far – there have been 2,966 cases of overpayments. When that money is paid back, a portion goes back to the state and a portion is sent back to the federal government.

The errors committed by the Department of Human Services, which oversees the program for the state, are common for any agency or business -- government workers report income incorrectly, complex policy is applied incorrectly.

Stockfleth says reviewers now pick a sample of cases after three months of a person receiving benefits, but errors are often discovered much later when a person reapplies for benefits and their past benefits are reviewed. There have also been changes in the way people are interviewed and the application has been streamlined.

Stockfleth says errors are not common. With over 300,000 recipients, there are bound to be errors in the system, she says. She doesn't want this to discourage anyone from signing up for food stamps and is currently trying to reach out to those who are eligible but not receiving benefits. There is a food stamp estimator on the Oregon Food Stamp Program's website that can help clients determine their estimated benefits, but a small error

"They just need a better system," says Taylor. "It's harmful to your daily life and your children."

She says that the garnishments have caused her to go back on food stamps, even though she was able to operate independently as she was eligible. She says it makes her worried that in the future she could end up owing money she didn't know she owed.

"If the assistance isn't going to assist you, don't give it to the people," she said. "If we can't turn food stamps into cash, they shouldn't be able to do it either."

100 percent of benefits come from the federal government;

50 percent of funding for Food Stamp program administration is matched by the federal government;

Payments for overpayments go both to the federal government and to the state benefit coffers.

So long as states keep their error rates at or below the national average, they are generally not penalized. The government has a long history of trying to improve the error rate. A report from the Government Accountability Office from 2005 noted that error rates had decreased from 9.86 to 6.63 nationally from 1999 to 2003. During this time about 76 percent of errors were from overpayments.

The study noted that overpayments might have helped push some families further above the poverty line.

The report noted that the average family unknowingly received an extra $97 a month. It did not say for how long these payment errors were made.