Giving Due Respect to Black Colleges 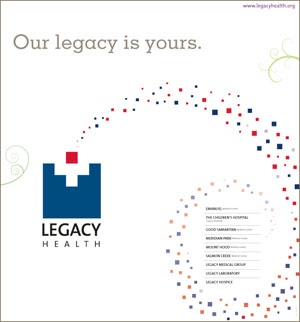 A few days after Michael Jackson died, US Magazine profiled his physician, Dr. Conrad Murray. Since I'm not a regular reader of US, I didn't get "the word" until a friend shared that they described Dr. Murray as a graduate of "little known" Meharry School of Medicine.
The US description says more about them than it does about Meharry.  Scratch a Black physician, or any Black person over age 40, and they know that Meharry is a key producer of African-American physicians, that it is led by a stellar doctor, administrator and academician, Dr. Wayne Riley, and that it is the backbone of African-American medical life. I was shocked and appalled that Meharry could be so easily dismissed, as "little known".
Then, again, as an HBCU President, I'm not so shocked and appalled. While HBCUs are a vital part of our nation's academic life, there are many who would like to "kick us to the curb" and constrain us to the sidelines.
Many of those are some of us. There is a debate going on right now about which of the 105 will survive another decade. The debate is sparked by the colleges – Barber Scotia in North Carolina, Morris Brown College in Georgia, and a few others – that have bitten the dust in the last few years.
The fact that Paul Quinn College, in Dallas, was denied reaffirmation doesn't help matters any. On the Paul Quinn subject, though, President Michael Sorrell has does great work in the two years he has been at the college, turning around a situation that was spiraling downward.
He has appealed the Southern Association of Colleges and Schools (SACS) decision, and with the support of the UNCF family, he has a chance of prevailing. Here's the real deal – HBCUs are likely to have small endowments and major challenges. And yet the UNCF colleges represent just 1.4 percent of the 4-year degree granting institutions in our nation, and we produce 5.8 percent of the African-Americans with BA degrees.
Even among African-Americans, there is a debate about whether HBCUs are needed. In the wake of the Paul Quinn reaffirmation decision, there was discussion that only a few "elite" Black colleges should survive.  Indeed, a group of African-American economists, on their listserve, listed Spellman, Morehouse, Hampton, Howard, and Tuskegee as the only necessary survivors, throwing acid in the faces of all of those other phenomenal colleges with outstanding graduates that intend to stay in for the count. Why?
Because we provide essential services to our students, some of whom can go anywhere but choose HBCUs, and some who will only find refuge in places prepared to ameliorate the damage done by deficient inner city K-12 programs that don't teach our students. At Bennett, and at many HBCUs, our summer preparatory programs go a long way in preparing incoming first year students to flex their academic muscles.
Still, when White scholars write about HBCUs, it is clear that they don't get it. A Heritage Foundation study suggested investing in Black colleges might produce poor returns because of low graduation rates. What the Heritage Foundation did not measure is the improved access to employment and earnings some students get because they attended just one or two years at an HBCU.
Further, there seems to be implicit bias in the conclusions reached by Heritage. Far more encouraging is a recent study by African-American economists Bill Spriggs, Greg Price and Omari Swinton.
They find that HBCU graduates have both monetary and non-monetary rewards from their attendance at HBCUs, including an increased confidence that helps them navigate the labor market. This finding alone makes a strong argument for respecting HBCUs.
President Obama has said that he wants to increase the number of college graduates in our nation so that we might compete more effectively in the global market. The Lumina Foundation has said that by 2025, three-fifths of all Americans should have either associates or college degrees. These goals can't be reached without the full participation of our nation's historically Black colleges and universities. Our contributions ought to be respected, not ridiculed.

Julianne Malveaux is president of Bennett College for Women in Greensboro, N.C.