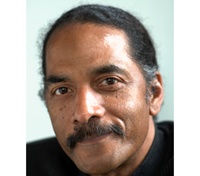 Sen. Maria Cantwell, who already faces a challenge from the left for the Democratic Senate nomination, has picked up an anti-war Green Party foe.
Aaron Dixon, once a Black Panther leader and now a Black community activist, said he will take on Cantwell because of her support for the Iraq War, the Patriot Act and other issues.
He rejected the label of spoiler but told reporters that if he draws enough votes for Cantwell to lose to Republican Mike McGavick, "I won't feel bad at all. Maria votes like a Republican."
He added, "If both the Republican challenger and Cantwell are in support of this war, then they are competing amongst themselves for the voters who are pro-war. I am anti-war."
Mark Wilson, who has previously run under the Green Party banner, is running as an anti-war Democrat against Cantwell. McGavick is opposed by Brad Klippert of Kennewick, a major in the Army National Guard, for the GOP nod.
Dwight Pelz, the state Democratic chair, said Cantwell has a comfortable lead "and we don't think the people of Washington state want to help get Mike McGavick elected and be one more vote for George Bush by voting for a third-party candidate."
— The Associated Press