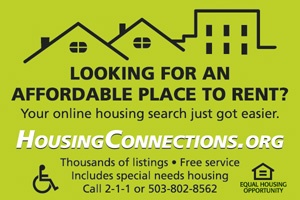 The New Seasons Market on Interstate Avenue is currently displaying photographic work from students of Open Meadows School. The class was organized with help from the Media, Arts and Technology Institute.
Bobby Abrahamson, a freelance teacher who helped instruct students on the project, said the 10 students were taught much more than the basics of photography. The project began with an exploration of who each student was and what they thought about the world they lived in.
"They were instructed to write about themselves and their surroundings," he said.
Students turned their thoughts into Haikus and then eventually were instructed to take pictures of people or things that represented their thoughts.
Selected photos and their creative cutlines are now on display in the New Seasons café.
Abrahamson said many of the students from the charter school experienced personal growth during the class.
"One student at the beginning of the class was awkward when talking in the group," he said. "By the end of the class, the student was insightful and vocal about the things she wanted to share."
He said the students faced a lot of challenges in trying to put words with their photography, but in the end were able to reach inside themselves to find their inner voices. Knowing that the photos would be on public display also gave the students an extra incentive to work hard and complete their project.
"Their school is right down the street," he said.
One student with behavior problems got straight to work and was extremely focused once Abrahamson brought out the framing materials.
Media Arts and Technology Institute has partnered with schools and organization since 2005, specializing in providing media literacy services to under-served students. For more information about MATI, visit www.matipdx.org.