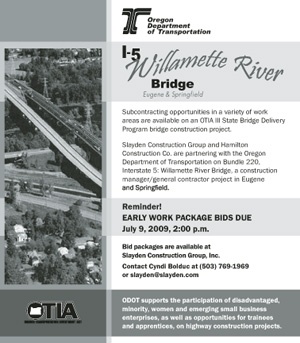 The House today passed Senate Bill 519, the Worker Freedom Act, by a vote of 34 to 24.
The bill protects workers in "captive audience meetings" who do not wish to listen to their employer's non-work-related opinions on religion, politics or unions.
The bill is a top priority for the Oregon AFL-CIO.
"This Act will protect workers from being intimidated on the job due to their positions or beliefs on deeply personal issues and decisions," said Rep. Michael Dembrow, the bill's co-sponsor, during the emotional floor debate on the bill. "The Worker Freedom Act is about helping to remove fear, intimidation, and retaliation from the workplace and telling working Oregonians: 'We care about you. We value you. You are not a servant or a slave. You are a worker — and you deserve to be treated with justice and with dignity.'"
The bill does not impact the ability of an employer to hold mandatory meetings on any subject, and does not restrict the free speech of employers. It does protect the right of an employee who does not want to listen to their employer's opinions on religion, politics or unions to leave the meeting and return to their normal work duties without fear of being fired or otherwise punished. There are exceptions made in the bill for organizations that must discuss these matters with their employees as a regular course of business, including religious organizations and political organizations.
SB 519, which passed the Senate last week, will now head to the Governor's desk. A signing ceremony will be scheduled.