Tyrese Gibson Talks About 'Transformers: Revenge of the Fallen' 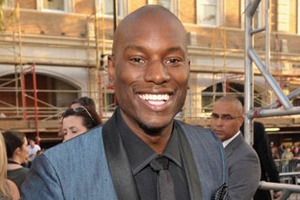 Tyrese Darnell Gibson was born in Los Angeles on December 30, 1978. He and his three siblings were raised in the Watts section of the city by his single-mom after his father abandoned the family in 1983.
A certified triple-threat who started singing professionally at the age of 14, modeling at 17 and acting at 19, he first found fame singing the slogan "Always Coca-Cola" in a series of commercials for a nationally-televised campaign. He also appeared in ads for designer Tommy Hilfiger before releasing his first album, "Tyrese," which went platinum in March of 1999.
A couple of years later, he made a memorable, big-screen debut as the title character of Baby Boy, John Singleton's riveting, inner-city saga set in the 'hood. Since then, he's received critical acclaim for his work in everything from 2 Fast 2 Furious to Flight of the Phoenix to Four Brothers to Death Race to Transformers.
Among Tyrese's many accolades are an American Music Award, a couple of Grammy nominations, several NAACP Image Award nominations and being name one of the Sexiest Men of the Year by People Magazine. Here, he reflects on reprising the role of Sergeant Epps in Transformers: Revenge of the Fallen, a sci-fi sequel directed by Michael Bay and co-starring Shia LaBeouf and Megan Fox.

Kam Williams: Hi Tyrese, thanks so much for the time.
Tyrese Gibson: [Exuberantly] Oh, come on now, we got to make it happen, baby. It's for the team! For the team!
KW: How was it the second go-round on Transformers?
TG: You know what? When you see this movie, it's going to blow your head off. Listen, I know you write reviews talking about films regularly, but let me tell you this right now. You are not going to be able to compare this movie to anything you've ever seen, man. And what an honor it is for me that [director] Michael Bay and [producer] Steven Spielberg would have me in mind to be a part of this franchise along with the rest of such a great group of actors. I love it! I love it! This isn't even about me. I'm a fan of Transformers, as if I'm not even in it, because I grew up watching Transformers, for real. I got the Transformers toys, for real. I got an Autobot tattoo on my right forearm, for real.
KW: Wow!
TG: Yeah, I'm a real fan.
KW: Were you on location for the scenes shot in my hometown, Princeton?
TG: No, my character wasn't in any of those scenes, so I didn't go out there. But I did the nearby Bethlehem, Pennsylvania run, plus some other cities elsewhere in the U.S. and also outside the country.
KW: I got a lot of questions for you from my readers. Let's start with Renee Patterson who says she's heard that you're the highest-paid black male model. She wants to know, what was your most memorable modeling gig?
TG: My most memorable modeling gig was being the first ever, exclusive African-American, male model for Guess and the Marciano brothers. That was a very big moment, historically, for my career and for everybody on my team who was involved in getting that deal done. It was just one of those things where it's like, "Whoa!" So, what an honor it is to be a part of it.
KW: Laz Lyles wants to know what it's like working with Michael Bay. She asks, "Is he as hyper and neurotic and anal retentive as everyone says?" 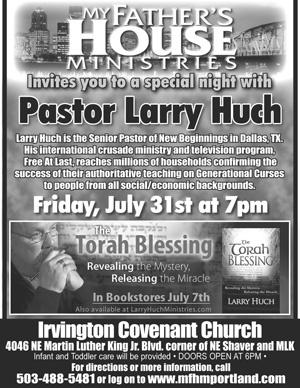 To see a trailer for Transformers: Revenge of the Fallen, visit:
http://www.youtube.com/watch?v=gb2fUOW1ne4