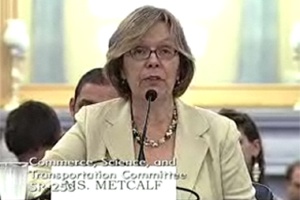 As the debate over health care reform heats up in Washington, D.C., a report released Wednesday could make a major blow to private insurance companies' credibility.
A series of private lawsuits and government-lead investigations revealed that in every region of the United States, private insurers have been under-paying valid claims – defrauding consumers of billions of dollars.
The report, released by the Senate Commerce Committee staff, reveals that about 100 million Americans who paid for "out-of-network" coverage were denied valid claims.
"Consumers turn to their health insurer for help and clarity and they don't get it," said Senate Commerce, Science and Transportation Committee Chair John D. Rockefeller, D-W.Va., during a hearing Wednesday afternoon. "They think they've paid for protection against the risk of high health care expenses, but the insurance companies have figured out a way out of providing the protection they deserve."
The hearing featured three health policy experts, one of whom is a former senior executive in charge of corporate communication for health insurance giant Cigna. Wendell Potter now publicly talks about the need to reform a corrupt industry.
In the report, investigators found that health insurance companies used a soon-to-be defunct company called Ingenix, Inc. to set "usual and customary" prices for medical services. The prices were neither usual or customary.
Although the company portrayed itself as an independent actor, they were actually a wholly owned subsidiary of UnitedHealth Group and regularly used information and data from the very insurance companies who subscribed to their data services. 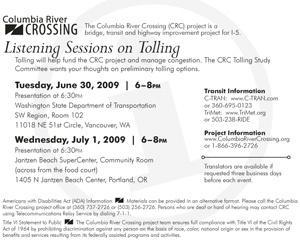 The discussion is likely to have an effect on the debate around national health care reform. On Wednesday, Washington Gov. Chris Gregoire met with President Obama to discuss reports gathered from health care forums held in April.
"We are a country living in fear," Gregoire said. "Many families – even those with health insurance – are fearful of a painful diagnosis, knowing that even with insurance, they're savings might be depleted in order to receive quality care."
Health insurers are trying to gain congressional support against Obama's public health option plan, which they say would undercut their profits as the public moved to a more affordable, transparent health plan.
During the hearing convened by Sen. Rockefeller, testimony centered on deceptive insurance industry practices that help bankrupt millions of families every year.
"Think about the consumer with $100,000 in medical care for breast cancer or the consumer whose bills total $80,000 for a heart attack, " he said. "When insurance companies fail to meet their obligation to these people, it literally becomes an issue of life and death, financially or otherwise. Consumers can't make real choices, because the insurance company doesn't use standard language or definition. I would say on purpose."
Potter, the former Cigna executive, said for-profit companies regularly engaged in practices that damaged the health of the people they were supposed to be protecting.
"Remember, the top priority of for-profit companies is to drive up the value of their stock," he said. "For-profit companies must prove that they made more profit than the previous quarter and that the premiums going toward medical costs is falling. Insurers routinely dump policy holders who are less profitable or when they get sick."
He said the practices have been largely responsible for the drop in small businesses offering coverage to employees. He said insurance companies regularly dump small businesses whose policy claims exceed profit expectations.
"This practice is known in the industry as purging," he said.
Nancy Metcalf, senior program editor for Consumer Reports, said one of the biggest problems today is the "high deductible" plan. She and others at the hearing referred to these plans as "fake insurance" because they often don't cover the very things – such as a catastrophic medical treatment – that the plans purport to cover. And when a policy targets healthy young people and excludes certain coverage, it can often end with a policy holder going bankrupt and unable to find any medical coverage at all.
"You can't foresee (medical conditions)," he said. "They don't realize what can happen. Next year, they could get MS, and their drug costs $2,000 a month. And they're shocked when their insurance company won't cover it."
The widespread practice of not covering preexisting conditions is also a practice that generates a large amount of income for insurers and their Wall Street investors. Potter said the practice was morally abominable.
"Where is the logic and humanity of not covering preexisting conditions in our society," he said. "My children have asthma. It wasn't anything they had control over, but their policies won't cover any pulmonary conditions they might have. Where is the logic in that?"
To read the full report visit: http://commerce.senate.gov/public/index.cfm?FuseAction=PressReleases.Detail&PressRelease_id=e9ccfecc-07c9-405d-a945-e431c71f0393&Month=6&Year=2009.