Don't Let the Negativity Stop You from Living Your Dream 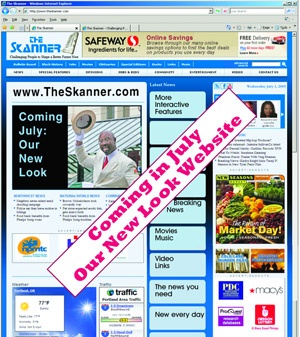 With this edition hitting the streets during record unemployment levels in Washington and Oregon, we at The Skanner sought out the most inspirational person we could find to offer advice on preparing for the future.
That's why we spoke with recent De La Salle North Catholic High School graduate Shantel Monk about her preparations for college and her career plans.
Shantel, an intern at City Commissioner Nick Fish's office, was tapped to ride in the Portland Rose Festival parade this month as a winner of the 2009 Hands On Greater Portland Nathan Sibell Youth Leadership Award.
Last year, after an internship in the hematology lab at Oregon Health and Sciences University, she organized a series of fundraisers for her chemistry teacher, Joe Halloran, who battled a rare and hard to treat form of cancer and is now recovering.
We asked Monk for advice on how youth – or people of any age – should go about their career search in the current economic climate.
"I think the whole thing youth need to do is to focus on a career now instead of tomorrow, or waiting until you get to college.
"Whatever you are interested in, you should try to get involved as soon as you can but also if you're in school you need to make sure 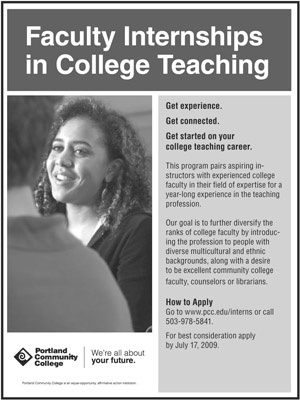 that you get good grades," Monk said. "Also you should find a way to start volunteering as soon as you can, because volunteering usually leads to a job."
Monk, winner of a college scholarship from The Skanner earlier this year, will attend Spellman College this fall as a child development major with a minor in Spanish. She is considering going on to law school after Spellman.
"I always knew I would be an advocate for children because that's what I do now and they always say do what you want as soon as you can," she says.
The turning point for her career decision was her high school experience at De La Salle, Monk said. There, her teachers and mentors helped her stay on track to ensure she will be prepared for her further study.
What is her top piece of advice for anyone planning a career today?
"With economy problems that we have now, don't let the negativity that's going on now stop you from living your dream," she says. "I don't intend to and you shouldn't either."

To read the rest of the Career edition click here