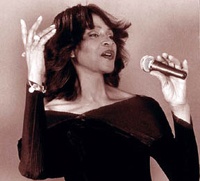 
Portland's Mel Brown Trio of pianist Tony Pacini, bassist Ed Bennett and Brown on drums backed Stallings and played a solid two-tune icebreaker before the veteran Bay Area singer came on stage. Brown's trio made for an excellent fit with the star.


She began scatting right away on the opener, "There is No Greater Love." She was a gorgeous sight to behold, wearing a golden taupe-colored full-length gown with a floor-length jacket that hung just right on her tallish and slender frame. Her second tune was one of the lesser-known songs on the program, "Remember Love," also the title of her newest Half Note release.


With the stage lights down low, and with just piano and a very slow bass line laid down by Bennett, Stallings took a look backward in time and began singing "Since Yesterday's Love." It was sultry, slow-burning and tinged with blue as she delivered the song, and its mood, from her heart, stretching and bending her notes and phrases. Pacini soloed beautifully and soulfully.


Pacini also got some serious solo time on "The Gypsy in My Soul," which was nicely spiced with a series of powerful block chords. "The Thrill is Gone" got special treatment as Bennett drew applause when he tastefully bowed his bass solo. "Moment to Moment," "All Night Long" and "Lullaby of the Leaves" were also offered by Stallings. She gave a nod to Seattle's own Ernestine Anderson when she sang Anderson's "I Love Being Here With You."


Stallings closed with a Harry "Sweets" Edison funky blues, "Centerpiece" that began with Bennett's walking bass and her low, slow entry. Her voice was strong and supple and belies her many years of road travel and making audiences happy. 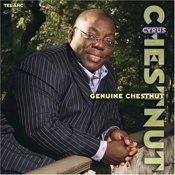 Pianist Cyrus Chestnut mixes ballads, groove tunes and Latin influences and comes up a winner with this Telarc release.


Besides his rhythm section of bassist Michael Hawkins and drummer Neal Smith, Chestnut uses the talents of guitarist Russell Malone and percussionist Steve Kroon, integrating their efforts ever so nicely with his own. In fact, on the first cut, "The Brown Soldier," it's Malone's sensitive guitar that sets the pace.


When it comes to ballads, it doesn't often get better than the treatment given "If." Malone solos first, but it is the joint effort of all involved that makes this the standard by which all other tracks are judged. "Mason Dixon Line" provides the up-tempo groove missing until now. Bassist Hawkins and drummer Smith are key here.


On the hypnotic "Eyes on the Prize," the bass and the light touch of percussionist Kroon behind Chestnut's piano stamp it's a solid contender. 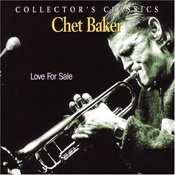 This not the best of Chet Baker, not even close.


Recorded at a live 1978 club date in Montreal, Canada, he begins with a 17:51versionof "Milestones." His trumpet is engaging, and when compared with his vocals on "Oh, You Crazy Moon" and "There Will Never Be Another You," it was the truer of the two.


"Love For Sale" surprisingly is an instrumental on which Baker's trumpet solo is forced to compete with the baritone saxophone of Roger Rosenberg.