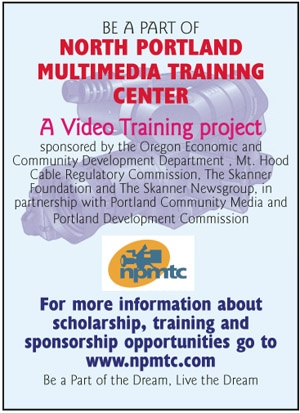 Stacy Spikes is the founder and Chairman Emeritus of the Urbanworld Film Festival, the premiere showcase for urban and ethnic films. The festival, which premiered in August of 1997, was born out of an inspired idea that Mr. Spikes jotted down on a napkin while dining in a restaurant.
Over the years, his goal of celebrating filmmakers of color has successfully created a bridge in Hollywood between studio and independent films. Today, Spikes, in association with BET, is announcing his call for entries for the 13th Annual Urbanworld Film Festival, sponsored by HBO, which will be held September 23- 27, in New York City.
Submissions will be open through June 26, and must be accompanied by an official Urbanworld Film Festival submission form available at www.urbanworld.org or www.withoutabox.com/login/5067.  Urbanworld's competitive categories include narrative feature, narrative short, documentary feature, documentary short, screenplay, new director's award and audience award.
In 1985, Stacy Spikes left his native Texas while still in his teens with just $300 in his pocket and a desire to work in the entertainment industry. He landed a job as a production manager at American Video in Los Angeles. Four years later, he accepted a position at Motown Records, which, in turn, facilitated his move to New York City and to Columbia Records.
However, Spikes' love of storytelling brought him back to film, and his joining Miramax Films and then October Films, both as Vice-President of Marketing. Movies, which he marketed, have grossed more than $3 billion to date, worldwide. That impressive career with major studios inexorably led to the entrepreneurial venture known as Urbanworld. Here, Spikes, who resides in New York City with his wife and young daughter, talks fondly about his vision for the festival he founded.

KW: Hi Stacy, thanks for the time. When did you know you wanted to create a film festival?

SS: We saw at some of the major festivals that there was an obvious void for works by people of color. I was the VP of Marketing at Miramax at the time and just decided to try and do what I could.

KW: What is the main mission of the Urbanworld Film Festival?

SS: To give a platform for exposure for the works of minority filmmakers, actors, writers and directors in contemporary cinema. And to provide a festival that can educate the filmmakers of the future and give studios a robust marketplace to acquire such works and discover new talent.

KW: What kind of films do you find yourself most drawn to?

SS: Personally, I love any film that transports me to a new world and tells a great story and captures the essence of the human spirit.

KW: How has the festival partnership with BET been beneficial to Urbanworld's goals?

SS: Our partnership with BET has been amazing in assisting us to give exposure to films and give greater opportunity to filmmakers.

KW: Why should Urbanworld become a destination for serious filmmakers of all backgrounds?

SS: Because it's one of the preeminent festivals of its kind and has been the launching pad for some of today's top directors. If you are serious about your career Urbanworld is an event that you don't want to miss for its exposure and networking opportunities alone.

SS: I am currently reading three books: "Convergence Culture: Where Old and New Media Collide," by Henry Jenkins, "The Wisdom of Crowds," by James Surowiecki and "Wired for War: The Robotics Revolution and Conflict in the 21st Century," by P.W. Singer.

SS: Yes, when my three year-old daughter runs too fast at the playground.

KW: Is there any question no one has ever asked you, that you wish someone would?

SS: Hmm.... yeah, if you could have dinner with six people alive or dead who would they be?

KW: Okay, if you could have dinner with six people alive or dead who would they be?

KW: Pretty interesting. The music maven Heather Covington question: What music are you listening to nowadays?

SS: The Isley Brothers, Iron Maiden, Explosions in the Sky.... And I listen to air traffic controllers live at JFK airport all the time. I find it amazing. You can check it out at www.liveatc.net.

KW: The Rudy Lewis question: Who's at the top of your hero list?

SS: Dare great things and live every day as if it is your last. For one day you will be right.

KW: How do you want to be remembered?

SS: As a person who always took risks and was never afraid to go for it.

KW: What has been the biggest obstacle you have had to over come?

KW: The Teri Emerson question: When was the last time you had a good belly laugh?

SS: A couple of weeks ago, catching up with an old friend.... wondering, when did we become the old guys at 40? And remembering how, at 23, the world was ours.

KW: Thanks again, Stacy, and best of luck with Urbanworld this year.