Candidates Square Off in First Debate 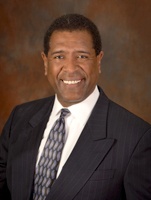 SALEM—The six gubernatorial candidates who gathered Tuesday for the first cross-party debate of the 2006 election cycle drew sharp distinctions among themselves on issues including illegal immigration, abortion, gay rights and a spending limit on state government.


But on one topic there was tripartisan agreement: The two Democrats, three Republicans and one Independent all agreed that incumbent Gov. Ted Kulongoski, a Democrat, should not have skipped out on the forum.


"This governor has been out of the building and off the job," since being elected in 2002, said Lane County Commissioner Pete Sorenson, a fellow Democrat.


Kulongoski's campaign manager Cameron Johnson has said that the governor decided to skip the forum because it would only give his opponents a chance to gang up on the incumbent.


With the governor a no-show, the candidates jabbed freely at him and at each other during the debate at Willamette University.


An audience question about gay marriage drew perhaps the most passionate response of the event, from former State Treasurer Jim Hill, a Democrat, who evoked his own childhood, growing up Black in the segregated South.


"Gays and lesbians are Americans, period," Hill said. "Rights are not based on the approval of other people. We need to respect the rights of Americans whether we approve of them or not."


That drew loud applause from the audience, a fleeting boost for Hill, who responded testily to a question about his electability, given his last four years, spent largely out of the public eye, by saying, "I'm back, I've stayed involved, and I intend to win."


Republican contender Ron Saxton set himself apart from the rest with his answer to a question about whether the state should pay for the education of the children of illegal immigrants.


"We should not be offering services to those who are here illegally," the Portland lawyer said. "To draw no distinction makes a mockery of those who have complied with the law."


His Republican competitor, former Salem-area state Rep. Kevin Mannix, immediately countered Saxton's statement, saying, "You say that to a child, where do you draw the line? Remember, we are all humanbeings,then Americans, then Oregonians."


The exchange was especially telling since the two battled in 2002 for the Republican nomination in a bruising primary, with Mannix emerging on top.


Then, though, Saxton was tagged as the centrist, while Mannix was the darling of the conservative wing of the GOP.
But at Monday's debate, at times it seemed as though their roles had been reversed, with Mannix emphasizing what he called a record of "achieving solutions by crossing party lines," and Saxton promising to weed out government waste and inefficiency.


On the touchy topic of abortion, Mannix sidestepped a question about whether pharmacists should have to stock emergencycontraception pills.


Saxton, while careful to note his support for restrictions on partial-birth abortion and support for parental notification, said he would not vote to overturn Roe v. Wade.


In a question posed solely to him, State Sen. Jason Atkinson of Jacksonville — the third Republican candidate — said he'd be willing to sign a near-total ban on abortion like the one recently passed in South Dakota.


All three Republicans offered support for a possible ballot measure circulated by conservative activists, which would limit state spending based on population growth and inflation.


"We spend money in the building poorly," said Atkinson, who also called for setting the state schools budget within the first three months of the legislative session.


In contrast, State Sen. Ben Westlund,aformer Republican-turned-Independent from Tumalo, blasted that idea, calling it, "political flimflammery ... a cheap, partisan political game. The real cost-driver is caseload, and that is growing much faster than the rate of population growth."


Bob Reinhardt, a visiting U.S. history instructor at Willamette who attended the debate said Mannix, "did a good job of presenting himself as above the debate, as did Atkinson. The others, especially Hill, seemed to be trying to find their footing."


Reinhardt said candidates from the two major parties each seemed to be trying to disown Westlund, pinning him to the other side, perhaps in hope that he'll skim off more votes from their opponents in November.


"Westlund was trying to un-pigeonhole himself, to say, 'I am not one, I am not the other," Reinhardt said. "He is going to make this interesting for political observers, to say the least."