Paul 'The Pope' Williams Dies at 63 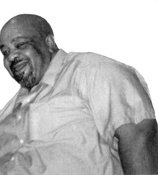 
Mr. Williams moved to Vanport, Ore. in 1944 with his family. He attended Boise-Eliot Elementary School, and graduated from Jefferson High School in 1961. Paul received an associate's degree in arts and sciences in 1980 from Tacoma Community College.


He married Janice Bryant-Walker (who preceded him in death on Sept. 12, 2001). To this union were born two daughters, Paula Renee Williams and Tonia Lynn Williams-Nacoste. He also had a son, Paul Jr.


He believed every man should always have a job, a work ethic that was instilled in him by his father. As a young boy, he and his brother, Arbra, stocked groceries at Brook's Grocery Store or cut the neighbors' lawns. He enjoyed helping his uncles, Paul and Peter, build houses. Many of these houses are still in the family today; he lived in one of these houses up until he died. One of his first jobs was as a brakeman at Union Pacific Railroad in Portland. He had great entrepreneurial interests, which branched out into many self-owned businesses — grocery store owner, real estate investor and mortgage consultant.


Mr. Williams lived life to the fullest. He loved flowers, and his hobbies included camping, reading, watching nature shows and westerns and doing research in the law library. He loved to go to the beach and mentoring the young and old. 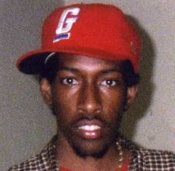 
He was the first of seven children raised by Gilda and Tony Abah, who treated Jason as his own son.
Jason attended Martin Luther King Jr. Elementary School, Harriett Tubman Middle School and graduated from Grant High School in 1995.


Jason had a big heart and loved being around family and friends. He spent time in Louisiana, Las Vegas and Portland bonding with each family member, planning his schedule to be with them on special occasions or events. Family was important to him.


He also enjoyed music, traveling, movies, classic model cars and, most of all, barbequing.


Jason had a passion for kids. He treated them and took care of them as if they were his own. Even though Jason didn't father any children of his own, he was a positive father figure for his sisters, brothers, cousins, nephews and nieces.
Preceding him in death werehisgrandfathers, Memphis Mouton and James L. Amos Sr.; and one sister.

Willie Streeter III was born to the union of Willie and Bernice Streeter on May 4, 1960 in Memphis, Tenn.


The family moved to Portland in 1963, when Willie was 4 years old. Willie was a funny little boy — one who loved to crack jokes and would keep people laughing all the time.


He attended Woodlawn Elementary School and Adams High School, where he played football. This shy, quiet young man was loved by everyone in the school, especially the girls.


On April 16, 1977, he was baptized at Philadelphia Community Missionary Baptist Church under the leadership of the Rev. B.M. McSwain.


Willie later married his wife, Tina, and to this union three beautiful children were born.


Willie is preceded in death by his late sister, Denise Crawford.