Brian Stimson of The Skanner
Published: 20 May 2009 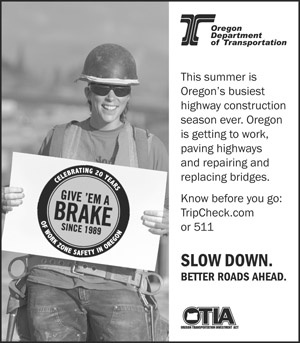 In an event like no other, members of Portland's minority, immigrant and refugee communities got an exclusive audience with the Multnomah County Commission on Monday night. The budget forum, hosted by the Coalition of Communities of Color, was held at the Immigrant and Refugee Community Organization, which provides services to all of Portland's diverse international communities.
With standing room only, people from all over the world approached the podium to tell County Chair Ted Wheeler and the rest of the commission the importance county programs play in their lives:
• Daniel Garcia of Resolutions NW told commissioners the need for funding of a pilot program that shows the benefits of mediation, instead of suspension, in student disputes;
• An Ethiopian father of three recalled the help he received from the Immigrant and Refugee Community Organization (IRCO) when he was short on rent after a family medical emergency;
• Martha Perez and Nicole Baker-Wagner stumped for immigrant and American elders and the importance of keeping programs that help seniors stay in their homes for as long as possible;
• Rubina Shaheen, a mother from Pakistan, said she wouldn't be attending school and working without the help of IRCO;
• An Ethiopian woman who was a victim of domestic violence told about the help she received from IRCO in becoming independent and safe.
There were many more stories about the powerful influence county human services and their funding play in the lives of the most vulnerable citizens. But a $3.6 billion dollar state budget gap and a $36.5 million county gap have made it impossible to continue the current level of funding. The county tried to bridge much of that funding gap, relying largely on an increase in the auto rental tax, wage freezes agreed to by local labor unions, as well as reductions in program staffing.
County Chair Ted Wheeler's budget prioritized services for the county's most vulnerable citizens. County human services spokesman Dave Austin says state budgets could have a negative impact on funding services, although a recommended budget from the Joint Ways and Means Committee released Monday showed some positive signs.
"A lot of those things we were most worried about were preserved," Austin said, referring to residential alcohol and drug treatment, mental health treatment and senior services.
Currently, the county is working to figure out ways to balance their proposed budget with both the legislature's and governor's. The county is expected to finalize their budget on June 4.
Rhys Scholes, a spokesman for Chair Wheeler's office, says there is still much speculation on what the final county budget will look like.
"The Ways and Means budget is only a proposal," he said. "It's very different from the governor's budget, which really targeted social services for reduction."
Two social programs that the county has already slated for discontinuation provided service directly to children and families in need. The Touchstone School Based Case Management program provided in-depth advocacy and social service to about 450 families through 11 schools, says program director Peggy Samolinski. Teachers, counselors and others at the school would help identify students in need to Touchstone case workers. Those case workers would act as direct advocates, arranging the services the family needed, crafting a plan for success, finding stable housing and encouraging better school performance.
"For those families being served, it's significant," she said of the program that was reduced two years ago to half its operating capacity.
Without Touchstone, some of this work will fall to teachers or counselors within the school.
Samolinski also helps administer the At-Risk Girls program, which helps girls in foster care, poverty or who are learning English as a second language succeed. That program is administered through Girls, Inc. and is losing funding from the county.
Austin says that with the release of the Ways and Means budget, there is optimism that no other programs will be cut entirely. Testimony like that heard on Monday's forum helps shape priorities for the county commission, says Scholes. The IRCO meetings, in particular, "figure very prominently" in the budget process, he said.