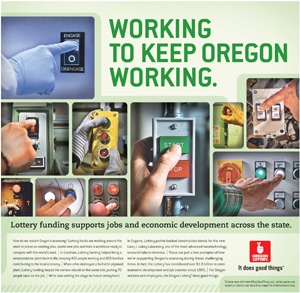 As three Seattle schools, and two Oregon school districts, reopen this week after flu-related closures, federal officials are backing away from encouraging such shutdowns across the board.
"At this time, CDC recommends the primary means to reduce spread of influenza in schools focus on early identification of ill students and staff, staying home when sick, and good cough etiquette and frequent hand washing," the agency said in a statement this week. "Decisions about school closure should be at the discretion of local authorities based on local considerations."
In Washington, six schools closed this week due to flu concerns all reopened Tuesday.
In Oregon, Central District schools in Polk County are closed through the end of this week while Forest Grove schools reopened Wednesday.
Meanwhile, health officials were ramping down their emergency media briefings, with an announcement that they were ending daily press conferences and sticking to simple press releases from now on – a signal that the emergency is subsiding.
"As the H1N1 swine flu virus continues to run at a level equivalent with seasonal flu in Oregon and across the United States, the state Public Health Division has updated the school closure policy," the department said in a statement Tuesday.
"In most instances, closure of schools or child care facilities will not be recommended. However, students who are ill should continue to stay at home and schools should continue to work with their local health departments. This policy is consistent with the recently released guidelines of the U.S. Centers for Disease Control and Prevention."
Updated information is being posted at www.flu.oregon.gov.
As of Tuesday afternoon, Oregon public health officials had confirmed 21 cases of H1N1 swine influenza virus in five counties.
Federal health officials have confirmed nine suspected H1N1 flu cases in Washington, seven in King County, one in Snohomish and one in Spokane County.
Governor Chris Gregoire urged residents "to continue to take everyday precautions as you would for seasonal flu."
"We expect most of the probable cases in our state to be confirmed, as they have in other states," Selecky said. "We've been learning every day as we respond to this new strain of influenza, and we're adjusting strategy as we go. For example, many local health leaders have adjusted their policies on reducing exposures in schools, asking anyone with symptoms of respiratory illness to stay home rather than closing an entire school."
Symptoms of swine flu are similar to seasonal flu symptoms: fever, muscle aches, cough, and sometimes trouble breathing. It's important for people who are sick with flu-like symptoms to stay home or go to a health care provider if they become seriously ill. The best thing people in our state can do is to pay attention to their own health. If their children are sick, keep them out of school or day care until they're well.
Updates on the flu in Washington state are on the Department of Health website, www.doh.wa.gov. The state also has a flu information telephone line, 1-888-703-4364, with prevention advice in English and Spanish.
The Oregon Department of Human Services Public Health Division said in a statement Tuesday afternoon that one flu patient was currently hospitalized, "and that patient is recovering."
Of the 21 confirmed cases statewide, there are six children, five teens and 10 adults. There are nine males and 12 females. Of Oregon specimens that have tested positive for some form of influenza A, 30 percent were found to be H1N1 swine influenza. Additional specimens continue to be tested at the state public health laboratory.
Oregon State Epidemiologist Mel Kohn said the state should begin preparing for a more serious than normal fall flu season.
"This is a new strain of influenza that none of us have immunity to and there is not yet a vaccine," he said. "That means more people will be calling in sick to work or have to stay home to care for family members. Businesses and organizations should start planning for that now."
Oregon's flu information hotline is 1-800-978-3040. The hotline is staffed weekdays from 8 a.m. to 5 p.m., Pacific time, or email questions to flu.help@state.or.us.