For Michelle Obama, First 100 Days Was a Long Time in the Making 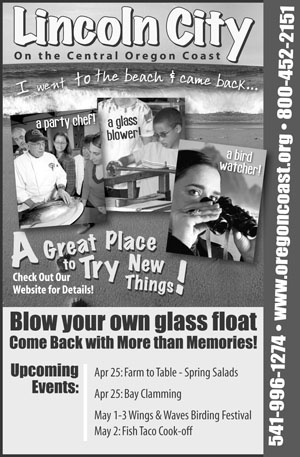 WASHINGTON (AP) - The 21 women nervously mingling at the White House were among the best in their fields.

They had achieved Olympic gold, Grammy awards and four stars in the Army. One had orbited the earth aboard space shuttle Endeavour. Some had reached the highest outposts of corporate America, or had earned kudos on stage or on the big screen.

They were together for one reason: Michelle Obama.

As a candidate's wife, as it became increasingly clear Barack Obama might win the presidency, she had dreamed about a day like this, when she could bring together such a talented group and send them off to give pep talks to kids in the public schools.

As first lady, she realized she could make it happen.

"I couldn't have imagined this a year ago,'' Mrs. Obama said. She was speaking one morning last month to the other high achievers she had invited to the blue-and-yellow Diplomatic Reception Room in the basement of the White House.

Something else seemed unimaginable a year ago, too.

Who would ever have thought that Michelle Obama would be transformed from a potential campaign liability into America's newest sweetheart and No. 1 cover girl, every bit as popular as her husband.

Michelle Obama's first 100 days in the White House really began more than 365 days ago in Wisconsin.

Rallying an audience in Milwaukee, she said: "For the first time in my adult life, I am really proud of my country.'' She explained that she was proud of the people who'd gotten involved in politics, but that's not what her critics heard.

They said the comment proved she hated America. They portrayed her as the stereotypical angry black woman. Fox News Channel talked of the "terrorist fist jab'' she and her husband shared the night he clinched the Democratic presidential nomination. The New Yorker, making fun of the people making fun of her, sketched Mrs. Obama on its cover in an afro and militant garb.

It was a dark time in the many months she had spent campaigning. Yet it was a teachable moment, too.

Mrs. Obama learned from her mistake.

And in the months since, she has gone from lightning rod to rock star, from the cover of The New Yorker to the cover of Vogue, from just plain fashionable to worldwide fashion icon.

She is popular as the president, maybe more. Depending on the poll, she has approval ratings in the 60s and 70s. Practically the only issue being debated these days, silly as it seems, is whether she goes sleeveless too much and for the wrong occasions.

It's not unusual for a first lady to be more popular than the president, but that usually happens further along. That it has happened so quickly for Mrs. Obama says a lot about how perceptions of her have changed.

"If you had told me a year ago that she would attain this kind of popularity I would have said, 'No way,''' said Myra Gutin, a professor at Rider University in Lawrenceville, N.J., who studies first ladies. "She's really reversed things in a way that no one would ever have expected.''

Maybe it's the three F's: family, food and fashion. And a queen.

Americans mostly see their first ladies as wives and mothers, so how could anyone object whenever Mrs. Obama said she wanted to be "mom in chief'' to her 10- and 7-year-old daughters, Malia and Sasha?

She worried openly about moving them to the White House. Getting them settled was her top priority.

The public now sees she meant what she said.

The girls got an elaborate swing set, right outside dad's Oval Office window. A new garden on the South Lawn will supply them with fresh fruit and vegetables. The promised puppy, a Portuguese water dog named Bo, recently arrived. Mrs. Obama returned early from her husband's first European trip to be home when the girls started a new school week.

In the eyes of many people, the image of an angry woman was transformed into one of a happy, doting mother.

Once in the White House, Mrs. Obama quickly was out the door and running on a bunch of issues, all of them very traditional, first ladylike and unlikely to upset the public.

She dashed around from one government agency to another, thanking often-criticized civil service employees for their work and plugging the president's $787 billion economic stimulus package.

She got beyond official Washington, too -- touring a neighborhood social services center, reading to little kids, serving mushroom risotto at a soup kitchen. She gave pep talks to high school students and dirtied her hands in the garden.

In Europe, she caused a media frenzy, not as much for where she went or with whom she met or for what she said, but for the outfits she wore to meet the British prime minister, the queen of England and the French president and his wife, a former fashion model.

Some of the clothes she wears sell out immediately after aides say where she got them. Numerous Web sites dissect and analyze her style; at least one is posting photos of every outfit she wears in public.

In London, she alone drew a rare, and much talked about, public display of affection from Queen Elizabeth II.

At a reception for world leaders attending the G-20 economic summit, Her Majesty draped an arm across the first lady's back. Mrs. Obama returned the gesture, sparking endless discussion about whether it was wrong of her to touch the queen.

But the embrace also was a symbol of just how far Michelle Obama's transformation had taken her. By getting a touch from the queen, she pulled off something few others have.

Mrs. Obama organized her own kind of G-20 summit at the White House last month, with an all-female cast ranging from singer Alicia Keys to actress Fran Drescher to astronaut Mae Jemison.

The assignment was to go out and inspire young people. Girls, especially.

Getting them to see their potential wasn't something Mrs. Obama talked about on the campaign trail. The pep talks came after she realized the role model and source of inspiration she had become for so many.

"Nothing in my life's path would have predicted that I'd be standing here as the first African-American first lady of the United States of America,'' she told an audience of schoolgirls in London. "If you want to know the reason why I'm standing here, it's because of education.''

It's a simple pitch, and it's the same whether she is talking to students in D.C. or England.

She was in their shoes once, but she liked going to school, she liked being smart, she liked getting A's. She worked hard to get ahead and to prove the people who doubted her wrong. She tells students they can do the same.

Laura Bush says she wished she'd realized earlier the power she had as first lady.

Michelle Obama's journey has already gotten her to that point, and she sees what she can accomplish.