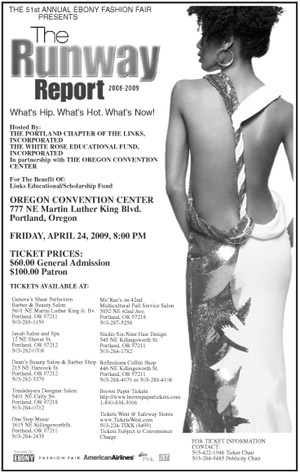 Shyan Selah is no stranger to teen violence and aggression. He saw it in his hometown of Federal Way, and later in Los Angeles, Calif., where he became a professional musician.

Selah created his own record label, Brave New World Records, which he later expanded to Brave New World, Inc. after relocating to Seattle. The company's slogan: Be Brave.

In 2008, Selah was invited to apply that principal to local youth after an invitation to partner with the Southwest Boys and Girls Club of King County -- where multiple members of the club were touched by gang violence in the area.

After making a number of visits to the club, performing and speaking with children from the age of six to 21, Selah was able to share his beliefs and experiences in a way that kids could actually understand and respect.

"It is important because music is born from the issues of humanity and the stories of community," he says. "It has long been a part of my mission and overall intention to unify the performing arts aspect along with organizations such as Boys & Girls Club."
Selah and Brave New World's partnership with the Club involves Brave New World providing a presence for kids through workshops to teach them the importance of staying in school and goal-setting to accomplish their dreams using music, entertainment and pop culture as an educational format. The Boys and Girls Club was also very excited to have him on board.

"The kids have the ability to relate to Shyan. He has the street cred, and these kids can understand that," says Emily Slagle, the executive director of the White Center location. "He just has this magnetic personality. Once he started talking, everybody listened; since you never know how kids are going to take this type of thing, it was nice to see that, wow, these kids are really taking it in."

"He's genuine and authentic. He has a lot of passion behind what he talks about and is very committed to education," Norris said. "He will always be a partner of mine. I will always find him to be someone I would love to work with."

While working as an inspiration for the youth community of the Seattle area, Selah says he's maintained his original goal of producing quality music while nurturing a multi-faceted enterprise.

Brave New World not only functions as a record label, but also aids other artists in management, consulting, media and marketing services, along with music and film production.

In this respect, Selah's fans have shown appreciation and admiration that moves beyond just looks and hip-hop.

His debut album, Brave New World, which is currently in stores, is a construction of influences from all corners of hip-hop. Reaching to the roots of music for inspiration, Selah acknowledges in his hit song "Hustla" his predecessors Jimi Hendrix, Led Zepplin, B.B. King and James Brown as his muses. Selah compares his new album to motives of President Barack Obama's campaign.

"[Brave New World] is like translating Barack Obama's campaign into sound and style and pushing it into the streets where the people are starving for something relative to what they both want and need," he says.

"I just love good music and the stories that come along with it. It's my addiction."