Boli: How to File a Discrimination Complaint 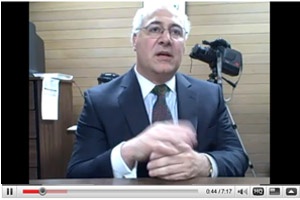 Brad Avakian, commissioner of the Oregon State Bureau of Labor and Industries, traveled to The Skanner's offices last week to make one thing clear – the economic downturn will not slow down the state's efforts to pursue civil rights complaints.

He said that legislature budget cuts are hitting hard at agencies across the board, but that BOLI's commitment to civil rights will remain front and center for his department.

In fact, Avakian said, Oregon's BOLI has the second highest rate in the nation in "finding cause" on the cases it investigates, surpassed only by Chicago, Ill.

Avakian described his office's approach to the issue as twofold. First, BOLI is a major avenue for Oregonians to bring complaints of job discrimination as well as grievances relating to business practices.

Secondly, he said a major focus of BOLI's work is job training for under-represented communities, making sure that Oregon's employment market provides everyone with living wage jobs in future industries.

Click here to see on YouTube Avakian's explanation on how to file a successful civil rights complaint with BOLI.