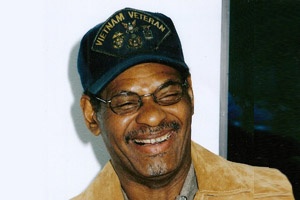 Services were held Tuesday, March 31, at Vancouver Avenue Baptist Church for Sam L. Moore Jr., who died on March 24.
Sam was born on Feb. 21, 1945, the second child of Samuel and Ethel Moore, in Winnsboro, La.
In 1963, Moore graduated from Franklin Parrish Training School in Winnsboro, La. He raised sheep and each year won the blue ribbon at the county fair while growing up. He enlisted in the Marines and served in the Vietnam War. In 1964 the family moved to Portland.
Moore was employed at Cascade General in the position of journeyman painter for the major part of his adult life. In 2004 Moore became ill from handling materials associated with asbestos and was no longer able to work. He was a proud man that took pride in his work and was a professional in every sense of the word.
Moore enjoyed playing dominoes, early morning walks, working in his yard and making daily trips to Safeway. Family was very important to him. After the death of his parents, Moore took on the role of head of the family. He opened his heart and home up to his family members and maintained the families as one.
Sam was a member of Fellowship Baptist Church under the leadership of Dr. Johnny Pack IV. He was a faithful servant and every Sunday at the 8 a.m. service, you would find him sitting on his regular pew. His relationship with God was one of discovery, peace, comfort, love and surrender. When cancer took over his body he was at peace because his faith made him whole.
Moore had two sons, Sam L. Moore III and step-son Demarcus Preston, prior to meeting his wife to be Theresa Ross. On Aug. 11, 1987, Moore married Theresa Ross, from this union they gave birth to Omar and Algia Moore, who were raised with two step-children, LaBoyce and Natasha Ross.
Moore loved and took great care of his family. If you stopped by their home on any given day you would find him cooking, cleaning and or playing with his grandchildren. Family gatherings were his specialty; the meals he cooked were mouth watering. Moore and Theresa found love and happiness for 28 years and took their marriage vows as their foundation of love, life and laughter. The vows they said 24 years ago, "until death do us part" happened for them on March 24, 2009 at 5:42 am when God called Moore home to rest.
Moore is survived by his loving wife of 24 years Theresa Moore: sons, Sam L. Moore III of Monroe, La., Omar Moore, step-son Demarcus Preston both of Portland; daughter Algia Moore of Portland.;two step-children LaBoyce and Natasha Ross; brothers, Roy Bernard Thomas and wife Cynthia of Arlington, Texas, Demarcus Moore and his wife Joyce of Portland; Willie Moore of Tacoma, Wa.; sisters, Brenda Coleman, Gwendolyn Robinson and husband Willie, Deborah Warren and husband Erwin, Ollie Bamks, Mona Jimenez, Constance McCool and husband Mac, Algia Moore-Thomas and Margo Taylor all of Portland; step-children, La Boyce and Natasha Ross of Portland; and many grandchildren, nephews, nieces, cousins, aunts, uncles and special friends.
He was preceded in death by his parents.
Arrangements by: Terry Family Funeral Home. Visit Sam's online web page at www.terryfamilyfuneralhome.com to leave a guestbook message for the family.