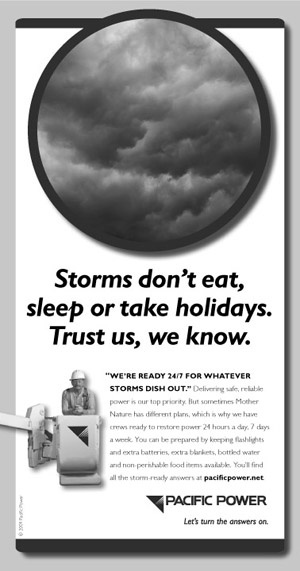 The Oregon Department of Consumer and Business Services' Insurance Division seeks public comment on a proposed health insurance rate increase of 19 percent that would affect more than 79,000 Regence Blue Cross/BlueShield individual plan policy holders.
Regence proposed the increase this week. Because of the size of the raise, and the number of Oregonians affected, state officials are opening a month-long comment period to gather public input, which must be received by the consumer and business department's Insurance Division by April 3.
The proposed increase would go into effect July 1, and apply to policyholders who renew in July, August or September.
Individual plan Customers last saw their rates jump 26 percent in 2008, after a rate decrease of 16 percent in 2006.
A Portland policyholder appealed regence's rate request of a year ago. The appeal was the subject of a hearing in February, and a final decision is expected in several months.
Individual plans cover one person or a family and are purchased directly from an insurance company, not through an employer.
"We understand the impact that this rate increase would have on consumers," said Teresa Miller, acting administrator for the Insurance Division. "We want to make sure we consider all pertinent information before making a decision."
State law says insurance rate requests should be rejected if they are "prejudicial; are "unjust, unfair or inequitable;" or if benefits "are not reasonable in relation to the premium charged."
Mail your comments on the rate request to Oregon Department of Consumer and Business Services, Insurance Division, attn. Sue Munson, P.O. Box 14480, Salem, OR 97309-0405, or email paulinesue.munson@state.or.us.
About 70,000 people are affected by the Regence rate hike request, said spokeswoman Cheryl Martinis. She said the division's administrator has the power to approve a cost increase based on an array of factors including inflation.
The Insurance Division has several bills pending in the state legislature allowing state officials a wider purview in evaluating the corporations' financial status, including its profits, in deciding whether to grant an increase in premium costs.
State insurance officials say rising unemployment and the weak economy are forcing many Oregonians to look for ways to cut costs, including insurance expenses.
"During these uncertain economic times, many Oregonians may be having difficulty paying for insurance premiums," said Teresa Miller, acting director of the Insurance Division, in a statement last week. "We urge consumers to call their insurance company or our division before they make any drastic changes to their plans. There may be some help available, or a more affordable option."
The division has posted a tutorial on "Maintaining Insurance Coverage in Tough Economic Times" on their website, www.insurance.oregon.gov.
The Oregon Insurance Division consumer advocates answer calls Monday through Friday about auto, health, homeowners, life and many other types of insurance. They can be reached at 503-947-7984 or toll-free at 1-888-877-4894.