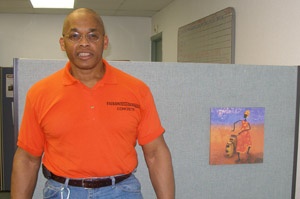 James Faison, owner of Faison Construction, is one of five small minority and women-owned firms that are learning the details of hospital construction with large firms. The mentorship program is being coordinated by Kaiser Permanente for work on their new and old facilities.

Building hospitals can be tricky business. It's a specialized profession and if you're the owner of a construction company that doesn't have a hospital work history, you can virtually forget about getting those kinds of contracts.

Kaiser Permanente is hoping to change all that. 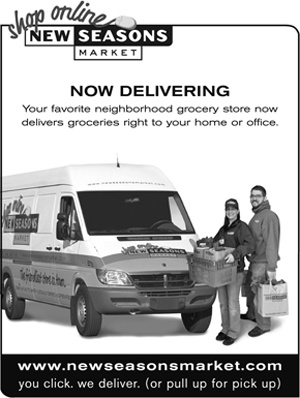 "We have a lot of facilities," said Dave Northfield, Kaiser spokesman. "And we're building more and more buildings all the time."

This nationwide mentorship program pairs large contractors with small contractors on hospital projects. Kaiser hopes that those small companies will grow and bid on hospital construction contracts without the assistance of others.

"Very little of that went to minority contractors," Northfield says.

The concept behind the mentorship program is nothing new. TriMet, the Housing Authority of Portland, the Port of Portland, ODOT and the Portland Development Commission all have various programs to increase minority involvement, to varying degrees of success.

James Posey, president of Oregon's National Association of Minority Contractors, says his organization has high hopes for the yet unproven Kaiser mentorship program.

"Unlike some others, this is centered and focused on providing work to contractors," he told The Skanner.

He does remain skeptical though, and plans to keep a watch over how the program progresses.

"Over the years, there have been schemes to mitigate any outrage and advocacy on the part of minority contractors, lessening the impact of egregious situations by providing minimal inclusion and politically sedating the rest of the industry and public," he said. 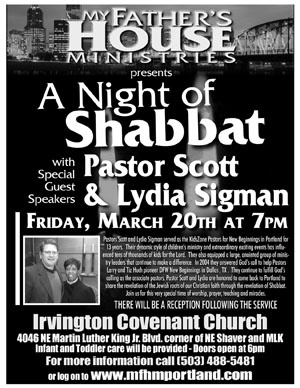 One policy that has kept many minority firms from Kaiser is their strict union-only mandate. Now, open shop participants have a tw-year window in which to decide whether to go union or not.

John Mohlis, PDC secretary and executive secretary of the Columbia Pacific Building Trades Council, is the acting liaison between Kaiser and the Trades Council to help facilitate the goal of increasing union membership among minority, women-owned and emerging small business. Because of a strained history between unions and minority contractors, Posey remains open but skeptical.

"What is the institutional structure that precluded Black people from being involved in unions," he said.

Posey says many minority firms didn't – and don't – have the capacity or continuity of work to make unionization profitable. And no one from the unions has made a compelling case as to how that can be turned around, he says.

Mohlis says he plans to give the contractors "whatever help they need."

"No matter where you're coming from, it's difficult times," Mohlis said. "Union scale is higher than non-union. In tough times that makes a difference, but the training and benefits that unions bring is always an advantage."

James Faison, of Faison Construction, says he takes advantage of nearly every business-boosting program he can, including the Port of Portland and Housing Authority programs. Unlike many of his counterparts, he employs union workers. Faison specializes in concrete work and sees advantages to many of the different programs in which he takes part.

"They're going to be hands-on from beginning to end," he said. "But it's a brand new program so I don't know exactly how it's going to go."

Hospitals are a way to grow his business, which has seen more than a 50 increase in the last two years, despite an economy that has forced layoffs and downsizing.