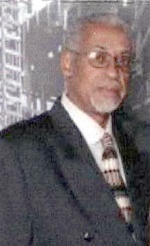 Tommie J. Scott III died at his home on Feb. 26 after battling cancer. He was 57. A service will be held at 11 a.m. on Thursday, March 5 at Albina Christian church.

Born on Aug. 15, 1951 in Robbins Hills, Ga., Tommie served his country in the U.S. Marine Corps. He was a member of the First AME Zion Church and worked for 37 years at Pacific Corp.

During his work at Pacific Corp., Tommie received numerous awards for safety and achievement as an infrastructure specialist. He also conducted safety training for many of his coworkers.