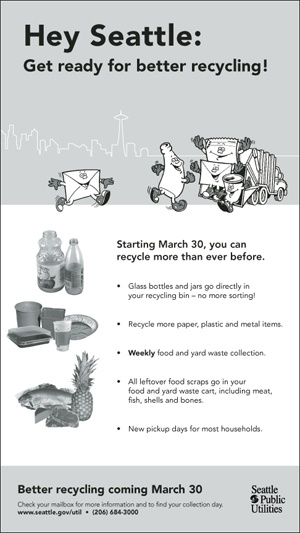 Last Friday nearly 700 people packed Kane Hall, on the University of Washington campus, to show support for Swagger Live Entertainment's first official event and dance competition—"Seattle Show Stoppers 2009." With a setup similar to "America's Best Dance Crew," the event brought together nine of Seattle's best local dance crews to compete against each other for the first place title and a $1,000 prize.

Swagger Live Entertainment originated from the minds of six students, Nadya Alli, Travis Luong, Tomson Mukai, Canaan Sacks, Leeching Tran and Steven Woo, who were assigned to do a class project in the UW's Foster School of Business. For the past three months, SLE has worked to find the right venue, select the judges and crews and promote the show.

"In the business school, there is an entrepreneurship track, and one of the classes is to create your own business," said Tran, a senior majoring in business. "So, this is what the six of us have been doing since the beginning of last [fall] quarter. We wanted to do something that would get people excited and would get people to interact with each other. So, we decided to form a dance competition. Seeing the crowd and the energy here tonight, all of the hard work has been worth it. We are definitely planning to continue [SLE] even after the class is over in March."

SLE managed to find nine dance crews who were ready and willing to display their choreography and to compete against others. "We were scouting for anyone who had a dance group and wanted to perform," Tran said. "It turns out, in Seattle, there is a tight-knit dance community. And within it, we have all of these amazing groups. So, once we found one group who was interested in performing, it was easier to find the next, and the next, because they are all intermingled." 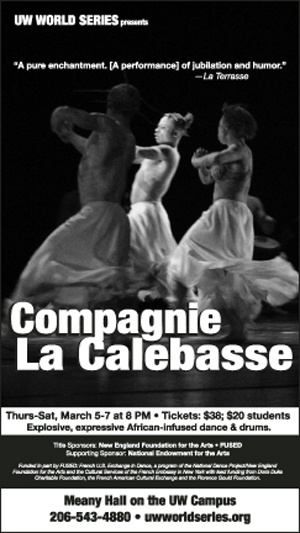 "I loved the performances," said Inna Levin, a recent UW graduate. "I have been dancing for years, and I know a lot of people on the dance teams. They keep getting younger but they are just as talented as people my age. Most of them looked like they were either from junior high or high school."

The crews with some of the youngest dancers, Rated E, Breaking Point Dance Company Varsity Crew and Kontagious Movement, were chosen by the judges to compete in the final round. "We judged the performances based on execution, creativity, difficulty, entertainment value and its overall success," said Julie Holmbert, an event judge.

In the final round, the three remaining crews changed their clothes, calmed their nerves and set out to put on their best performances. Rated E, a crew with three female dancers age 10-11, captivated the crowd. Breaking Point, a large crew with 15 dancers, danced with perfect precision and was completely in sync. From the final performances, Kontagious Movement stole the show—receiving a standing ovation from the crowd.

"We definitely want to make 'Seattle Show Stoppers' an annual event, so we will most likely have one next year as well. And, we will see what other ideas we come up with along the way," Tran said.