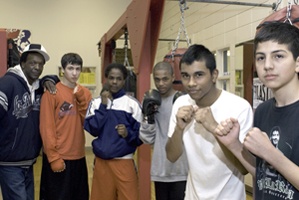 In the history of Oregon sports, the Knott Street Boxing Club is legendary.
Once the most celebrated team of its kind in the nation, Knott Street boxers have been contenders on the national scene for almost 50 years.
This spring, the club has shot back into the limelight with Golden Gloves and Junior Golden Gloves titles brought home from Tacoma last month by 16-year-old Corey Hill, his brother Darius, 14, and Lorenzo Caldera, 13.
Now, with a big tournament coming up this weekend in Beaverton and the Oregon Golden Gloves next month, parent and assistant coach Larry Dunn – father of the Hill brothers — says the team needs more fans to come o

ut and support the boxers and a venue in Northeast Portland big enough for the team to stage its own fundraising exhibitions.
The Matt Dishman Center, where the team works out Mondays through Thursday from 5 to 7 p.m., is just too small to fit a crowd of spectators.
"I believe that once we introduce what our kids can do to the public even more kids will participate, because back in the history, there were 70 to 90 kids at the gym every day," he said.
"We're doing it, but we need to be competitive, we need to have funds so we can go to California and participate in some of the tournaments going on out of town — when our nationals come up we need to make it to Marquette, Mich., without having to ask for donations at the last minute and probably not even be able to raise enough to go."
Dunn says that many local businesses and labor unions support the club, but his dream is for the team to be able to raise its own funds – and increase its competitive advantage – by staging its own boxing shows.
"I'm really sure that the turnouts would be really large, but what's really important is for us to be offered the space and not have to give all our money away," he said.
Back in the early 1960s, Knott Street boxers won the U.S. Team Boxing Championship, competed in the Olympic boxing trials, and at one point was the only amateur team in the country with three national champion fighters on the same team simultaneously.
Storied boxers included the late A. Halim Rahsaan, Michael Colbert, 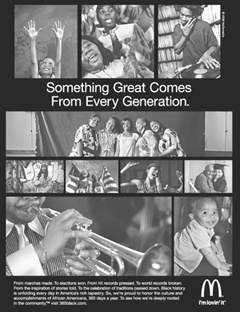 heavyweight Thad Spencer and Oregon Hall of Fame member Ray Lampkin Jr.
The three teens who won their January Golden Gloves matches have all been training at Knott Street four times a week for years.
"I'd say now we might have at least 15 to 20 coming in every day to work out," Dunn said. "Head coach Johnny Peters, he works with the kids that are more advanced and I try to work with the ones that are just walking through the door, especially the ones that don't know how to do pushups, sit-ups, you know, and they're weak.
"Before they get into the ring they need to be built up and then have some wind," Dunn said. "They need to know how to run, they need know how to do correct pushups, they need to do sit-ups, they need to know how to do pull-ups, you know, to carry their own weight."
Dunn says the club attracts youth of all different nationalities, including girls and boys.
"They learn that you have to discipline yourself, they grow into learning that they need to run, they need to make it in to practice every day," he said. "And they learn how to be humble and take a win as well as a loss. I  mean it's heartbreaking to lose, but teach them that's what happens in the game – you win some you lose some, just don't give up. You know?"
He says the regular workouts are grueling but the discipline of the sport provides structure for the young people. 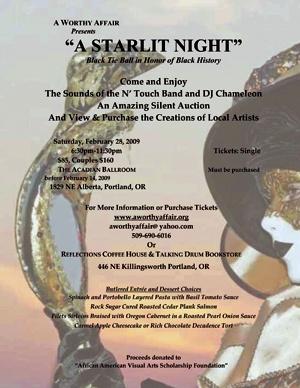 That's why he says it's important for more adults to attend this weekend's match, the 12th Annual Fred Enslow Memorial Tournament, hosted by West Portland Boxing at the Garden Home Recreation Center, 7475 SW Oleson Rd. Saturday, Feb. 28 and March 1.
"We need people to be not only supporting them by coming out and participating with our kids in our neck of the woods — which never happens I'm sorry to say — but we need financial support for the Knott Street Boxing Team to take the kids to travel," Dunn said.
Laborer's Union Local 296, Realty Trust Group, Expert Auto Repair, and Cox and Cox Funeral Chapel are longtime supporters of the boxing club, but without more support the kids can't attend all the tournaments they qualify for.
Dunn says the young boxers training in the Dishman Center today see themselves as part of the Knott Street Boxing Club history.
"Yes they do, we have a trophy case right there in the front, they're familiar with some of the faces," Dunn says. "Number one, Ray Lampkin, he still comes around, and they were introduced to Halim when he came back a few years before he passed.
"They know it has history, it runs before them, like how Thad Spencer was supposed to fight Ali before he was stripped of his title – that's the only reason that fight didn't take place."
For more information about The Knot Street Boxing Club call coach John Peters at 360-892-0327, Stanley Dunn at 503-957-6063, or write the Matt Dishman Community Center at 77 NE Knott St. Portland, OR 97212.