Of all the electronic resources available for anyone interested in Black history, www.BlackPast.org is the richest gold mine on the planet.
Developed by University of Washington history professor Dr. Quintard Taylor – the foremost historian of African Americans and African descendents in the West – BlackPast.org has attracted millions of visitors to its hundreds of free and easily-searched features since its launch in 2005.
"Our mission is to provide as much information as we can on the historical experiences of African Americans and of people of African ancestry all around the globe, to as many people as are interested and who have computer access," Taylor says. "The main goal is to bring that information together at one source, one central location, and to then make it available to the entire world."
So far, that includes people from more than 100 countries. The site's most popular features, Taylor says, are the seven timelines featuring the history of the African diaspora from 5,000 B.C. to the present; the online encyclopedia with more than 1,700 entries; and the database of speeches from 1789 to now.
The most popular individual entry on the website is an encyclopedia blurb about Michelle Robinson – also known as Mrs. Barack Obama — which has been viewed by 41,861 people. The second most popular entry is the Bill Cosby "Pound Cake Speech," his controversial scolding of youth and their parents from 2004, which has been read 39,000 times.
"We had 400,000 visitors in 2007, over one million visitors in 2008, and we're already up to 320,000 for this year," Taylor says. "This is not a University of Washington project, a Pacific Northwest project or even an American project – this is going all over the globe."
Taylor and a small crew of graduate students started the site in 2004, when a student expressed concerned about the fact that the same questions kept coming up in classes – who was Frederick Douglass? What is the Negro National Anthem? Who is Booker T. Washington?
"We added all of this information to my faculty website, and then about a year later, in 2005, lo and behold, I got an email from someone who clearly was not a university student – you could tell from the way she wrote – she seemed like a high school student or even younger. And she said, I have 10 questions on African American history, can you answer them? And I distinctly said no, I am not going to answer 10 questions about African American history via email, why don't you come in my office and we'll talk about it?
"I didn't hear from her for 24 hours, and then she wrote back and she said, I can't come to your office, I live in New Zealand." 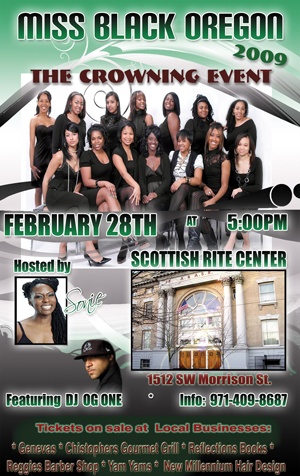 Taylor says that was the moment he and his students realized their little website had a global audience.
Two months later, Taylor was invited by the U.S. State Department to go to Siberia for a lecture on African American history – students there had been using BlackPast.org and had worked through channels to bring him over in person to talk about it.
"At that point, in the summer of 2005, I realized that this was something that was growing rapidly and it was far beyond what we'd envisioned," he said.
He assembled a team of volunteer scholars to help; today some 300 volunteers from three continents are continually building up the encyclopedic resource – and the international traffic onto BlackPast.org grows faster and faster every month.
"I think that one of the most gratifying aspects about this is that African American history is of interest not just to Black folks, it's of interest to people all around the world," Taylor says. "I think one of the reasons for that is because our story is a heroic story, and people around the world identify with that."