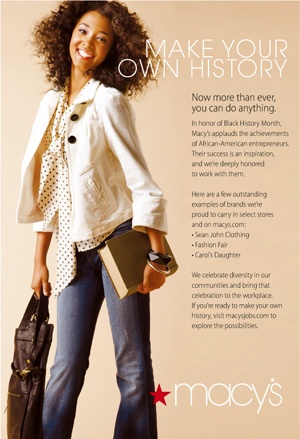 The recent severe downturn in the stock market may further reduce stock ownership by African American and other minority investors, new research suggests.
Minorities, who had long trailed Whites in stock ownership, had begun to catch up between 1992 and 2001. But a new study found that those gains largely disappeared between 2001 and 2004, which included the major stock market downturn in 2002.
If minorities began bailing out of the stock market during the 2002 decline, it's likely their rates of stock ownership are going to continue to lag Whites and maybe even fall further behind in the current environment, said Sherman Hanna, co-author of the study and professor of consumer sciences at Ohio State University.
"All the bad trends we saw in minority stock ownership from 2001 to 2004 will probably continue for the next several years, because, if anything, the conditions now are even scarier for investors," Hanna said.
Hanna conducted the study with Suzanne Lindamood, a Columbus attorney. The results appear in the current issue of the Journal of Financial Counseling and Planning.
The researchers used data from the Survey of Consumer Finances, a survey of U.S. households conducted every three years for the Federal Reserve System.
The most recent survey available to researchers was done in 2004. The survey collected data on all types of stock ownership, including mutual funds and retirement accounts.
The survey showed that the rate of stock ownership by African Americans increased from 16.8 percent in 1992 to 34.2 percent in 2001. But the rate declined by nearly 12 percentage points to 22.5 percent in 2004.
Hispanics had an even lower level of stock ownership. About 28 percent of Hispanic households owned stock in 2001, and that dropped to 18.7 percent in 2004.
The rate of stock ownership among White households increased from 1992 to 2001, topping off at 57.5 percent. Unlike minority investors, however, their rate didn't drop significantly between 2001 and 2004 (the drop was less than one percentage point).
Black and Hispanic households did not have higher investments in real estate or businesses that would explain why they didn't invest as much in the stock market, the study found.
Of course, part of the reason that African Americans and Hispanics don't invest as much as Whites is that they have less income, and thus less to invest. This study confirmed that fact.
Moreover, the survey showed that 57 percent of Blacks and 65 percent of Hispanics in 2004 said they were unwilling to take risks with their investments, compared to only 36 percent of Whites who held that view.
In a statistical analysis, the researchers took into account the lower income and lower risk tolerance of African Americans and Hispanics and found that, even then, stock ownership rates would have decreased from 2001 to 2004. Meantime, though, the White rate would not have been predicted to fall.
So why did minorities leave the stock market between 2001 and 2004 at a higher rate than Whites?
Hanna suggests that minority households' shorter investment history may have led more of them to panic when the downturn occurred in 2002.
"It may be that White investors are more experienced with the stock market, so that they are prepared for the inevitable drops," he said.  "Minorities tend to be new investors and may be scared off more easily."
That's unfortunate, Hanna said.
"In the long run, you build wealth by putting your money in high-return investments, and there's no better high-return investment for most people than the stock market," he said.
"You know there are going to be scary periods, but in the long run investing in stocks is still a good idea."
The best remedy may be increased education, according to Hanna.
"It is important that households understand the long-term nature of investments and how high-yield investments like stocks perform over the years when compared to other types of savings and investments."