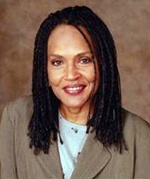 Charlayne Hunter-Gault speaks Wednesday, Feb. 4 on  "Africa on the Edge," at the First Congregational Church, 1126 S.W. Park. Doors Open at 6:30 p.m. Program begins at 7:30 p.m.
This is an amazing opportunity to hear this global, award-winning ambassador, especially during Black History Month. Only about 50 tickets remain. General Admission is $45 which is open seating - however NW Business Consultants (see attached brochure) is offering a $5 refund on your ticket, with proof of purchase.
Call 503-243-3440 or online https://www.voicesinc.com/Pages/order-forms/order-form-individual-tickets.html.
Charlayne Hunter-Gault is an award-winning journalist with more than 40 years in the industry. She is the author of "In My Place," a memoir of the civil rights movement, fashioned around her experiences as the first Black woman to attend the University of Georgia and her latest book, "New News Out of Africa: Uncovering the African Renaissance."
As a global journalist, Hunter-Gault has returned to National Public Radio as a correspondent after spending six years as CNN's Johannesburg bureau chief. Before that, she worked as NPR's chief correspondent in Africa .
She joined NPR in 1997 after 20 years with PBS, where she worked as a national correspondent for The NewsHour with Jim Lehrer. She began her journalism career as a reporter for The New Yorker, before working as a local news anchor for WRC-TV in Washington , D.C. and as the Harlem bureau chief for The New York Times.
Her numerous honors include two Emmy awards and two Peabody awards—one for her work on "Apartheid's People," a NewsHour series about South African life during apartheid and the other for general coverage of Africa in 1998.