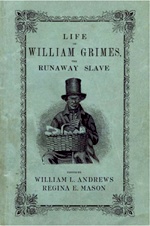 Slavery lectures in Vancouver WA.
Paul Finkelman, a specialist in American legal history and race, will be delivering two lectures at Washington State University, Vancouver on Jan. 29.
"Asian Immigration to the U.S.: The Chinese Exclusion Act and Gentleman's Agreement," 12-1:25 p.m. in Administration building, room 110.
"Law in the Service of Evil: How Southern Lawyers and Judges Defended Slavery," 7-8:30 p.m. in Multimedia Classroom building, room 6.
Both lectures are free and open to the public. Parking is available in metered spaces or in the Blue Lot for $3 per day and free after 7 p.m.
On Jan. 30, Finkelman will also be running a workshop on slavery in U.S. history and the Dred Scott case for select Washougal history teachers through the Teaching American History Grant funded through the U.S. Department of Education.
Finkelman is the author of more than 100 scholarly articles plus more than 20 books.
WSU Vancouver is located at 14204 N.E. Salmon Creek Ave., east of the 134th Street exit from either I-5 or I-205, or via C-Tran bus service.