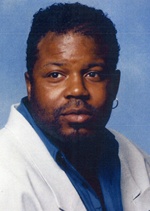 Lorenzo Joe Carter has died. Fondly remembered as "Renzie," he was born to the parents of Joe Will Carter and Josephine Carter-Holmes on April 26, 1962 in Portland.  Lorenzo with his parents soon welcomed one sister, Simone Carter-Beard.
Lorenzo attended school in the Portland area which included King and Stephenson Elementary, Capital Hill and Markham, completing with a General Education Diploma.
Lorenzo worked at the National Forestry Center along with a variety of other jobs.
Lorenzo enjoyed a number of hobbies, including camping, fishing, playing cards and dominoes.
Lorenzo was a free spirited person who touched everyone with whom he came in contact with. He loved to give to those in need whether it was a word of encouragement or financial assistance.  He loved life and was not conformed to life's restrictions and constraints.   He loved his family and friends unconditionally.  He was known for his sense of humor and could bring laughter to any atmosphere. He was a man who loved nature and animals throughout his life.  He was an avid reader, self taught scholar and was highly intelligent.
Lorenzo accepted Jesus Christ in his life in 2006.  He loved to pray, fast and study the word of God under the guidance of the Church of God in Christ.   When he shared the word of God with others it was apparent that he was on fire for the Lord.
Lorenzo is survived and cherished by his parents Lenton Holmes and  Josephine Carter-Holmes, his sister Simone Carter-Beard and her husband Lawrence Beard; nephews: Eric Harris Sr.,; and nieces: Dominique Clayton and Monique Clayton,; great nephew: Eric Harris Jr., two great nieces: Ny'Asia Harris and Airiona McCarthy and a host of aunts, uncles, cousins and friends.
Lorenzo is preceded in death by his father, Joe Will Carter of Fort Worth, Texas.
Services were held on Jan. 3, 2008 at Daniel's Memorial Church, 1234 N.E. Killingsworth
Arrangements Entrusted to  Cox & Cox Funeral Chapel.