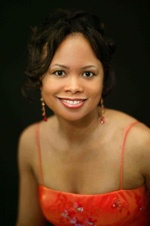 During the era of Apartheid, the South African wine industry wasn't exactly a booming industry. In a climate that just begs for wine production, institutional racism and it's subsequent effects on exports had a significant impact on the 350-year-old tradition.
But since Apartheid ended in 1994, wine production has increased nearly three-fold. Despite this resurgence, Black South Africans represent a small minority of wine makers, despite being over 80 percent of the population. With no access to the American market, and poor distribution at home, indigenous wines seemed destined to stagnate. Then along came Selena Cuffe.
"I grew up hearing the worst things about the continent," she said. "We wanted to create an opportunity to showcase the positives."
Cuffe, the founder and president of Heritage Link Brands, the only company that exclusively imports indigenous-created wines from South Africa, is helping expand the reach of Black African wine makers. Of the nearly 3,000 wineries in South Africa, there are only 12 to 15 Black-owned wineries at any given time. Despite creating some of the most outstanding wines, many companies lacked the expertise to expand their consumer base due to decades of being forced to take the most menial jobs at vineyards, she says.

With a background promoting products for Proctor and Gamble, Cuffe and her husband, a former investment banker, decided to go into the wine business after a trip to the country in 2005 yielded one of the finest glasses of Rose Cuffe had ever tasted. Two years later, she found herself selling out the companies entire inventory of 1,100 cases in the first quarter of operations. This year, the company is up to 20,000 cases.
Many of the brands imported by Heritage Links have won many awards and recommendations from wine enthusiasts. Most recently, the Seven Sisters winery won double gold for their Odelia Bukettraube variety at the 2008 U.S. Professional Wine Buyers Competition; and the 2008 M'Hudi Sauvignon Blanc received an 89 out of 100 from Wine Spectator.
"We go through painstaking detail to ensure quality," she said.
In addition to the quality, Cuffe relies on consumers to buy wine from Black South African wineries as a form of conscious consumerism.
"It's not just about people enjoying wine, but creating a legacy for (indigenous-produced wines)," Cuffe said.
Take the Seven Sisters winery as an example. The Brutus sisters' family was evicted from their home after their father was fired from his job.

"Legally, you couldn't own land during Apartheid," Cuffe said.
After 20 years, the family returned to their homeland in South Africa. One of the sisters had done quite well for herself abroad and brought the sisters together to form a wine business. Heritage Links represent businesses such as Seven Sisters, as well as cooperatives and family owned estates. In addition to South Africa, Cuffe has extended her business model to include the entire continent. From Algerian reds, palm wine from Ghana, and honey wine from Ethiopia, the homegrown spirit of winemaking from Black Africans has yet to fully realize itself on American tables.
While Heritage Link Brands is mainly a company that distributes wines to retail sellers, consumers can become a member to the wine club, which allows access to their broader catalogue of indigenously produced wines. Visit www.heritagelinkbrands.com for more information.