By The Skanner News
Published: 25 November 2008 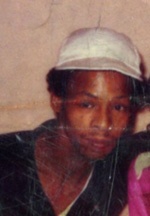 Carl Oliver Campbell was born on Feb. 20, 1962 to Edna William and Wilfred Campbell in Lafayette, La. He was the sixth child out of 12 children. He died on Oct. 29.
Family members say Campbell was a man with potential. He told a story how his mother was his second grade teacher in Louisiana. Campbell used to tell people that he thought he had it made since his mom was his teacher, so he decided to be the class clown and not do his homework. He thought he would just automatically be transferred from the second grade to the third grade. But his mother made him repeat the second grade, he used to say, because she knew he had more in him than he was giving.
Campbell later moved to Portland to be closer to his dad, Wilfred.
Campbell was known as a boxer and chef. He had three beautiful daughters with Ann Badon: Carla, (aka Too-Too) Jeanette (aka Girdie-Girdie) and Janita (aka Nita), all nicknames their father gave them.
He loved singing the "oldie but goodie" songs. One he especially loved singing was "My Posse on Broadway." Friends say that even though he didn't know all the words to the song, he would always sing the ending word to the sentence.
Preceding him in death is his mother: Edna William; and his father: Wilfred Campbell.
Campbell is survived by his three daughters: Carla Badon, Jeanette Badon and Janita Badon; seven sisters and brothers: Margaret, Boo Boo, Wilfred, Mallory, Walter, Paul, Paulette, Tina, Edna, Donna, Robin and Jamie; and a host of uncles, aunts, nieces, nephews, cousins and friends.
Arrangements were by Cox & Cox Funeral Chapel.