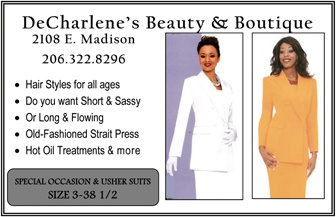 The Council of Great City Schools has awarded Donald Kennedy, chief financial and operations officer for Seattle Public Schools, is this year's recipient of the Bill Wise Award.
The prize honors outstanding school business officials who have distinguished themselves through services to urban education. The award is named for Dr. Bill Wise, who was the senior business official and superintendent of the Metropolitan Nashville Public Schools in Tennessee.
"We are very proud that Don Kennedy is being recognized for his outstanding work at Seattle Public Schools," said Superintendent Maria L. Goodloe-Johnson. "His instrumental leadership and commitment to our schools and students provides a role model of excellence on both a local and national scale."
Donald Kennedy joined Seattle Public Schools in November 2007, assuming the newly configured position of chief financial and operations officer. In this role, he has leadership responsibility for the school district's business functions of Capital Projects Program, Enrollment, Facility Services, Finance, Information Technology, Planning, Procurement, and School Support Services, among other district operations.
Since joining Seattle Public Schools, Kennedy has been instrumental in leading a number of key district initiatives, foremost of which was his role in development and implementation of the five-year Strategic Plan, Excellence for All. The focus of the district-wide plan is every student achieving in every school.
Michael Casserly, executive director of the Council of the Great City Schools, said "Don Kennedy is one of the finest chief financial and operations officers in the nation. This award from his peers signifies admiration of his skills and confidence in his leadership."
Kennedy has more than eighteen years of leadership experience in the areas of governmental and corporate finance and operations.