From the very beginning, some observers say, Jefferson High School's Johnson Young Men's Academy seemed set up to fail.
Enrollment never made it above 60 students, crippling the district's ability to provide enough teachers for the small all-boys academy. The founding administrator, Willie Holmes, quit before the first year ever finished. Finally, enrollment sank at the beginning of this year, forcing administrators to dissolve the sophomore class back into Jefferson.
Last week, Portland Public Schools officials said they would close the academy by the end of the school year.
Ricky Allen, the academy's third administrator after taking over for interim administrator Marshall Haskins, says he never even got a fighting chance to turn the fledgling academy around.
"I would have liked to be here from the beginning," said Allen, a former Jefferson teacher and vice principal at Reynolds.
But even in the short time he's been at Jefferson, Allen says the benefits of same sex education could be seen in the small class sizes and personal relationships. He says teachers knew every student's strength and weakness, and they tried to forge relationships with parents.


"That's how you get kids to be successful," he said.
Principal Cynthia Harris agrees.
"I wouldn't say it wasn't successful," she said. "The Young Women's Academy had a lot more time and focus."
At the beginning of next year, students will be transferred into the main student body at Jefferson, if parents don't request transfers to different schools. Allen says current eighth graders will be allowed to stay in a special class next year, if enrollment is high enough.
Meanwhile, the Harriet Tubman Academy for Young Women appears to be prospering. Enrollment is about 160 and the Academy's Administrator, Aurora Lora, told The Skanner that they are working on an Advanced Placement program, an engineering program, a robotics club, a student newspaper and other clubs.
So why did the all-boys academy fail and why has the all-girls academy prospered? The opinions of many interviewed by The Skanner rely on several things that failed the Young Men's Academy – lack of continuous leadership, location, lack of adequate support and preparation, and inadequate recruiting.
Dr. Leonard Sax, executive director of the National Association for Single Sex Public Education, says all-boys schools fail more often than all-girls schools in America, and a lot of it has to do with homophobia.
"First thing you have to do is have a program for the parents," he said. "You have to explain to them why it's a good idea."
Sax said in Flint, Mich., a district in which an all-boys school failed, one parent told him he thought it was "unnatural" and that it would turn his son into a homosexual.
It's this kind of thinking, says Sax, that school organizers need to combat. They need to explain the learning differences between girls and boys, the difference between segregation of the races and separation of the sexes, and the camaraderie that occurs in single sex classrooms. Explaining that an all-male classroom won't make your son gay would help, too.
The most important thing to realize, Sax says, is that once an all-boys academy becomes accepted, there will be waiting lists to get in, instead of lines of students heading out the door.
The fact that the boys were located in a co-ed building might have made an impact. Allen says his students often experienced a feeling of being outsiders as the only boys required to wear uniforms and attend classes without girls. Nationally, districts offer a wide variety of single sex education opportunities – varying from separate campuses to academies such as Jefferson's as well as specific classes tailored to girls and boys.
Another problem the John Johnson Academy faced was another problem experienced by urban schools across the nation – the tendency of school districts to experiment with the schools in low-income areas.
"When they just launch this in low-income areas, it makes parents suspicious," Sax said.
Jeffrey Brooks, a retired teacher who taught at Jefferson before it was reconstituted 10 years ago, says you have to look at Jefferson's history to understand why the academy failed.
Before reconstitution, Brooks said that he and many colleagues "were at the forefront of how to teach Black and poor children." He admits that the school had problems, but when district personnel dismissed all teacher reform recommendations and decided on reconstitution, it destroyed all the preexisting relations with the community.
"What happened with the men's academy is a continuation of broken policies of the past," Brooks said. Mainly, that the program was instituted with more of a regard to politics than community wishes.
"They did not want separate academies and uniforms," he said of the community.
Brooks admits that there have been some successes with the uniforms and the single-sex academies, "but to have that decision made by the district and implemented on our community" was wrong. Always looming in the background of all these decisions, he says, was that "they were going to close Jefferson." 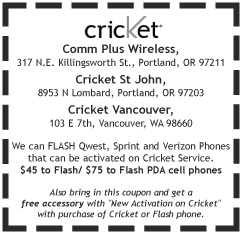 Brooks, and others, feel the academy was meant to fail from the beginning, and he's sad Allen won't have a chance to build it up. He doesn't necessarily blame the current leadership either. But he does see hope. He sees high levels of energy among students who want a better school, more community involvement and new leadership at the district.
Allen has been told he will be staying on at Jefferson next year, as well. He says he wants to help make Jefferson be better than it is.
"We gotta have some stability and to build up the programs," he said.
Will Jefferson see a re-imagining of the all-boys academy in the future?
Allen would like to see the district restart the program – with adequate support this time. Harris wouldn't comment about the future prospects of the academy, although she said she's always supportive of young men.
Nationally, single-sex public schools aren't going away. Although a handful have failed, even more succeed with the right leadership, preparation and planning. According to Sax, in 2002 there were 11 public single sex schools. Last year, there were 424.
The bad news is that Sax says many districts that have seen failed same-sex academies have not restarted those programs.