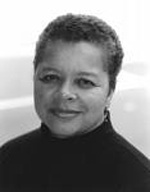 In 1998, The Seattle Public Library launched a program to get Seattleites reading and discussing the same book. "If All of Seattle Read the Same Book" is now an annual event and has been widely emulated in cities, states and countries around the world.
In the 11th year of the series — now called "Seattle Reads" — The Seattle Public Library has selected "My Jim," by Nancy Rawles. Rawles will visit locations of The Seattle Public Library from Wednesday, May 20 through Saturday, May 23 to talk with readers about her novel. Details and a schedule of events will be announced in January.
"My Jim" is based on the character of Jim in Mark Twain's book, "Adventures of Huckleberry Finn." Jim was a slave who escaped down the Mississippi River with Huck Finn. The story is told in the voice of Sadie, Jim's wife, and follows Jim's family as it struggles to cope with his loss after his escape. The book won the 2006 Legacy Award for Fiction from the Hurston/Wright Foundation and a 2006 Alex Award from the American Library Association.
Rawles is an award-winning novelist, playwright and teacher. She previously wrote the novels, "Love Like Gumbo" and "Crawfish Dreams." She lives in Seattle's Mount Baker neighborhood.
"Seattle Reads" is designed to foster reading and discussion of works by authors of diverse cultures and ethnicities. It is made possible by The Wallace Foundation, with additional support from The Seattle Public Library Foundation, KUOW 94.9 Public Radio and Three Rivers Press.
For more information about "Seattle Reads," call The Seattle Public Library at 206-386-4636.