Someday Ingrid Jensen, who is an excellent trumpet and flugelhorn player, will garner the attention she richly deserves — at least if there's any justice out there.


She has been on the scene for more than just a few years and has certainly gained the overwhelming endorsement of her male contemporaries. This new release explains all the reasons why.


She opens with a moody, somber piece called "At Sea," with keyboardist Geoff Keezer supplying most of the accompaniment. Many of the included tunes reflect back on a certain boat trip that she took in Alaskan waters. "Captain Jon" refers to drummer Jon Wikan, who navigated the boat through some difficult conditions. He signals the beginning with a few bars of cymbals. Jensen enters blowing a melody line. Keezer is strong, soloing over some great Wikan drum licks.


Jensen says "There is No Greater Love" is one of her favorites. And she treats it most beautifully, using a mute. It has a pleasant, loping tempo generated by her rhythm section. Keezer finds his groove for a solid solo. Bassist Matt Clohessy is also key. They made it my favorite track. 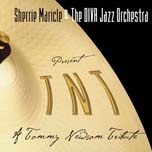 This all-female big band is led by drummer Sherrie Maricle, and it plays arrangements by Tommy Newsom, for years the leader of the Tonight Show Band.


"Pensativa" is a lovely tune that has a gentle swing and swelling section work. The piano of Chihiro Yamanaka and bassist Noriko Ueda are featured. The record changes drastically on the next cut, "Three Shades of Blue," with Karolina Strassmayer's featured solo on soprano saxophone. Yamanaka's piano gets into the blues emphatically with a pounding chorus.


Diva was founded by Stanley Kay, who was the manager and relief drummer for the Buddy Rich band. He held nationwide auditions of players, the winners of which formed the core of this wonderful band. 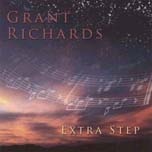 Grant Richards, at age 14, is a piano-playing phenom — and if you don't believe me, pick up a copy of his first release and you will understand.


Not only is this young man a terrific pianist, he is also quite a composer. He wrote seven of the 10 tunes on his disc. He uses Rob Davis on tenor and soprano saxophones, bassist Dave Captein and drummer Drew Shoals.


Richards has progressed far beyond the ABCs of composition and performance. "The Fam," a complicated tune written by him for a friend, is heavy piece sometimes blurring the distinction between jazz and classical music. He calls the title tune, "Extra Step," the big kahuna of the album. It begins with Davis on soprano, followed by Richards, who says the tune was inspired by his imagining the walk of a giant or ogre — which would stretch 2 ½ beats rather than the customary two beats of humans.


I had a problem trying to assign a certain number of stars to this CD. If, for example, a Kenny Barron CD was given five and I gave Richards four, wouldn't that mean Richards is just a step behind Barron? Three stars might work, but compared to what? So, I chickened out and left it blank. But, this is a fine CD, worthy of purchase.