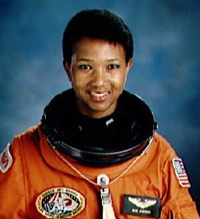 CHICAGO (NNPA) - A study that surveyed Fortune 1000 STEM (science, technology, engineering and mathematics) executives representing leading science and technology companies in the United States, was released last week by Bayer Corporation.
The survey found that women, African Americans, Hispanics and Native Americans are underrepresented in science, technology, engineering and mathematics fields and that the result could hurt the nation as a whole. The findings of the study should alarm whoever is going to be the next president of the United States the report stated. Minorities are seen as perhaps the saving grace for the country if America is going to keep its place as the leader in the STEM industry, the report noted.
"What is most dramatic about this survey is the extent to which the Fortune executives speak with one unequivocal voice on these issues," said Dr. Attila Molnar, President and CEO of Bayer Corporation.  "Almost without exception, they overwhelmingly recognize this country's great need to tap the potential of the entire STEM talent pool, and the importance of doing so at every point on the development continuum beginning in elementary school with high-quality, hands-on, inquiry-based science education, on through college where STEM talent is refined and recruited, and then into the workplace where it must be further nurtured and encouraged."
Molnar and other executives believe that African-Americans are being exposed to science at an early enough age to pique student's interests.  Chicago native Dr. Mae Jemison, who is also the first African-American woman to travel into outer space, agrees and said more has to be done to find talent in the Black community.
The report further stated that diversifying the STEM talent pool is one solution to the problem of understaffing.  Nearly 55 percent of the Fortune executives say their companies are experiencing a shortage of STEM talent. Almost nine in 10, 89 percent, agree that bringing more women and minorities into STEM fields will help solve this issue. Moreover, diversity has other benefits for STEM companies, according to the executives, including increasing innovation and the ability to be more competitive in the global marketplace.
"Part of what makes America great is that we have people from every culture and race on earth as our citizens," Jemison. "We need to do a better job of using this to our advantage.  We must build a robust STEM pipeline that includes everyone and equally values their ideas, creativity and potential."
Those surveyed also said how science is being taught in grammar school must change. They said the best way to teach science is through a hands-on approach, not with textbooks and perhaps, only the teacher conducting an experiment at the front of the class.
There have been studies conducted throughout the years that have attempted to justify why women are not as good as men when it comes to math and science. Dr. Jemison said all of those studies were done basically to try to keep women in "their place" and that studies in the past were used to justify why African Americans could not do certain jobs. She said female mentors and people of color in top management positions at companies show potential employees if a company is serious or not about their contribution.
"The proof is in the pudding so to speak," she said. "For younger employees, seeing people who look like you achieving at the highest levels in your chosen field is a strong signal that a company is serious about diversity. Being actively mentored takes that seriousness of purpose one step further and shows younger employees the company is committed to developing their talent and ensuring their success. It's leading from the front."
Recently the Chicago Public Schools has tried to address the problem by creating schools that focus specifically on math and science.  Several schools are devoted to these disciplines on both the elementary and high school level. One of those is Lindblom Math & Science Academy located at 6130 S. Wolcott. Lindblom also became the first high school in the city to go to a year round schedule starting this school year.  Principal Alan Mather said his students get a bit more instruction in the math and science disciplines, but he agrees with others that it is something that needs to start at the elementary level.
"I think the earlier you can get kids excited about education, the better off we will be in general," said Mather during an interview with Crusader in 2005. "Math and science can be difficult subjects so the more exposure our students have to it, the less intimidating it can be."