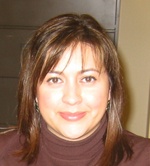 Commissioner Nick Fish last week appointed Carmen Caballero Rubio as his senior policy advisor. She will serve as policy advisor, communications manager, and as a bureau liaison.
For over three years Rubio served as the community affairs director for Portland Mayor Tom Potter, where she acted as lead contact on community partnerships, outreach and recruitment, and civil and human rights issues.
She managed projects such as the creation of the Office of Human Relations and Human Rights Commission, and the Immigrant and Refugee Task Force.
"She represents the best of Portland's emerging new leaders, with valuable policy experience both in and outside City Hall," Fish said. "Her relationships with a broad range of communities will bring a diversity of new voices to participate in city government."
Rubio is Fish's third appointment, joining Chief of Staff Sam Chase and Senior Policy Director Hannah Kuhn.
She is a graduate of the University of Oregon and attended the University of Washington Graduate School of Communications. She is a Hispanic Chamber Leadership Fellow, and serves on the boards of Hands on Greater Portland, Oregon League of Minority Voters, and JustPortland.
Rubio grew up in Hillsboro, Oregon and now resides in Northeast Portland's Roseway neighborhood.