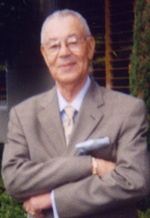 Otis Ghant who was one of the first Black car dealers in the state of Oregon, owned O.G. Motor Car Company. He died peacefully in his sleep surrounded by his loving daughter Maxine who was later joined by other family members to be at his side.
Otis was born in Shaw, Miss., to his parents Louis and Iola Ghant. At the age of 7 he and his family moved to Venice, Ill. While living in Venice, he married his childhood sweetheart Lorrain Washum. To that union was born Vanessa Ghant.
To further his career he later moved to San Diego, Calif., and married his wife Ali Robinson and had his second child Marilyn in 1958. He later returned to Portland, Ore., where he had three more children: Maxine, Walter and Otie.
At age 31 he entered the car business and was part of the Auto Dealers Union. During a period of adversity and turbulent times, he made the decision to go into business for himself and in 1967 launched the successful O.G. Motors Company and remained in business until 2001, 34 years.
In 1974 Ghant married Helen Massey; they were married for 17 years. In the spring of 1978 he joined the Vancouver Avenue Baptist Church and in the same year became a deacon.
He is survived by daughters: Vanessa Ghant of St. Louis, Mo., Marilyn Dixon of Portland, Maxine Lawrence of Portland, and Otie Williams of Redford, Mich.; son, Walter A. Ghant of Harrisonburg, Va.; brothers Bobby Felts and Mike Felts; aunt, Rubie Jackson and husband Lorenzo Jackson of St. Louis, Mo.; uncle, Wardel Dennis and wife Virginia of Detroit, Mich.; Helen Massey and Lana Matthew; and grandchildren, great grandchildren, relatives, friends and the community at large.
Cox & Cox Funeral Chapel coordinated services, held Aug. 28 at the Vancouver Avenue First Baptist Church.