Law enforcement officials from around the region released a report this week calling for better education opportunities as a way of reducing crime.
The report, "Breaking The Cycle: School or the Streets," calculates exactly how improved high school graduation rates could cut the rate of violent crime in the Portland metro area. It says Oregon's "drop-out crisis" poses a serious threat to public safety.
It was conducted and written by an organization called Fight Crime: Invest in Kids Oregon, a national group of over 4,000 police chiefs, sheriffs, district attorneys, and violence survivors.
"If we can boost our graduation rates by just 10 percentage points, we can decrease homicides and assaults by 20 percent and save untold numbers of lives," said Portland Police Chief Rosie Sizer. "It is time to cut the cycle of violence and boost our graduation rates."
The dropout rate in Portland schools is 31 percent, according to the report. In Corvallis, it's 35 percent, and in Medford it's a whopping 44 percent.
If Oregon increased its graduation rate 10 percent per year, according to the report, an estimated 17 murders and 1,300 aggravated assaults would be recorded annually, statewide.
The research supports universal access to quality early childhood education as a primary avenue to improve dropout rates and decrease the rate of violent crime in Oregon.
Backing the report are Multnomah County District Attorney Michael Shrunk, Portland Police Bureau Chief Rosie Sizer, Beaverton Police Chief David Bishop, and Clackamas County Sheriff Craig Roberts.
The organization released a report showing that by increasing graduation rates among males by 10 percentage points, 3,000 murders and 175,000 assaults will be prevented in America every year. The new report, entitled includes research showing that high quality pre-kindergarten is the most effective deterrent against high school dropouts.
While pre-K programs are available in most every town, many programs have been privatized and require payments for enrollment. One of the best quality early childhood development programs in the nation – Head Start – has seen its funding cut by the federal government.
Additional state funding for Head Start this year expanded the program to reach an additional 11,325 students, the report said, leaving an estimated forty percent of qualifying kids out of the classroom.
Another funding increase this year will bring in 1,300 more children in the fall — but the report says 30 percent of those who need services will remain un-enrolled.
The economic barrier for quality care for all youngsters creates a higher rate of high school dropouts years later, the report says. An estimated 70 percent of incarcerated Oregonians have no high school diploma.
"This gives a much broader picture than we've had in the past," Bishop told The Skanner. "The small amount you pay now to get someone through school is much less than the cost of sending someone to prison."
In Chicago, a study of Child-Parent Centers, a high-quality early education program, showed that kids left out of the program were 70 percent more likely to have been arrested for a violent crime by age 18 than those who were enrolled in the program.
"One of the key ways to reducing crime and the percentage of dropouts is increasing the funding for Head Start," Bishop said. "I assure you that if this is funded, it will have a positive impact on the future of our children."
The law enforcement officials are calling on Congress and state lawmakers to fully fund quality early education programs to ensure every child can be enrolled.
"All to often, young people appear as defendants in trials," said Clackamas County Sheriff Craig Roberts. "I would much rather see them in a graduation gown than an orange jump suit."
"More often than not, the people we arrest who end up in our courts and then in our jails and prisons, dropped out of school and never graduated from high school," Schrunk said.
Research shows that high school dropouts are three and a half times more likely than graduates to be arrested and eight times more likely to be incarcerated.
In Oregon, the recently-released No Child Left Behind school report cards shone a light on area schools not reaching graduation rate benchmarks, including the Pauling Academy on the Marshall Campus and the Spanish-English International School on the Roosevelt Campus.
Long-term benefits of early childhood education and care include higher graduation rates, college enrollment and income levels, as well as significant reductions in crime.
"We don't lose these kids all of a sudden in high school," Schrunk said. "We lose them early in life and they just take time to fade away and eventually disconnect from life.  Evidence shows that early childhood education stops this process. More kids graduate from high school and fewer of them end up as criminals." 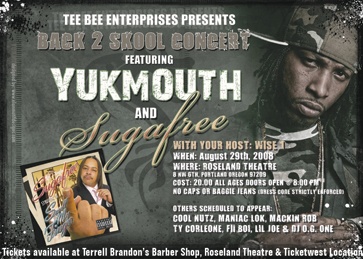