In a nation of immigrants, cultural misunderstandings are bound to happen. From the mundane to the abusive, both employers and employees share a role in understanding the other's culture, says Tomas Schabwe, senior safety and health instructor with Oregon's Occupational Safety and Health Division.
"Even if a person is first generation, they begin to learn the new ways immediately," said Schabwe, who is teaching cultural awareness classes starting in August.
The classes – "Safety Training and Your Multicultural Workforce" – focus mainly on the cultural clashes of Oregon's fastest growing and largest minority workforce – Hispanics. But Hispanics aren't the only group of immigrants experiencing challenges when adapting to a foreign culture. African immigrants and refugees are a diverse group of people who struggle to learn new languages, new customs and new ways of earning a living.

Djimet Dogo (pronounced "Jimmy") says many of the problems facing Africans are similar to those facing Hispanics – language barriers, different work customs, lack of formal education and a system that doesn't recognize much of the skilled training obtained in African countries. But with Africans, many cultural differences are largely misunderstood by American employers. 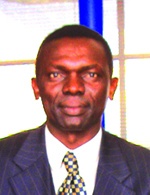 That's where Dogo comes in. He is the program manager for Africa House, a division of the Immigrant and Refugee Community Organization and the first to say that African employees are some of the best around.
"They will never quit their jobs," he says, and many employers, once they have worked with refugees and immigrants, come back to Dogo's organization looking for more workers from the same country. But that's not to say the Africa House and IRCO don't have to help jump-start a healthy working relationship. Many problems are created out of a misunderstanding or a lack of sympathy from the employer.
"Someone got fired for missing two or three days of work to take care of a sick relative," he said. Such a thing wouldn't happen in many African countries. "Where's the humanity?"
While the list of the cultural norms and mores of America are taken for granted by many, it's the little things that are unknown to the recently arrived: Holding hands or touching, a normal African practice – considered by some to be sexual harassment in America, is something that many Africans do not even have a word for; learning to arrive to work on time when you have lived your entire life in a refugee camp and do not know how to read and write in your native tongue? An unknown obstacle to most; or not wanting to clean a woman's bathroom when you've been told you are not allowed inside, but haven't been told you are allowed to clean it is a real-life misunderstanding that could have cost someone his job.
"So if there is a problem, we can intervene," Dogo says. "Employers should not automatically fire an individual."
Dogo, himself an immigrant who has lived in the United States for nine years, says despite his formal education and experience there's always something new.
"There are a lot of things we're learning all the time," he said. "Everyday is a learning process."
Paying payroll taxes, contributing to a retirement account, benefit deductions – all that stuff is new to the thousands of Africans who have spent their entire lives in rural villages.
One of the main concerns that OSHA's Hispanic training course shares with African communities is the top-down hierarchy of authority on a job site. What the boss says is rarely questioned, says Schwabe. Same goes for many Africans, says Dogo. And when it comes to asking or not even knowing to ask about the minimum safety requirements on a job, not questioning a boss that is either malicious or negligent in their regard to safety can be fairly standard.
But Schwabe says most employers he knows want to get to know their workers.
"What I tell employers is to pick up a book on travel to where their workers are from," he says. "Learn the do's and don'ts."
In addition, it's important to build a relationship of trust, he says. Ask the worker about labor laws in his or her country and it lets the worker be the person in charge of the information.
"It puts the worker in the driver's seat," he said. "It helps bridge the trust gap."
Equally important is hiring qualified interpreters who can adequately translate the duties, rules and expectations of a given job in a cultural context. Both Dogo and Schwabe say many immigrants and refugees speak a tribal or regional language as their first language, meaning Spanish or French can be a second language, with English as a third.
Dogo says refugees still come to his office for help translating documents or other correspondence – even after they hit the official 5-year cutoff time for assistance established by the government.
"It takes time to take care of all those issues," Dogo says. "So long as they are alive, we will help."
Currently, Africa House is hoping to reestablish their daytime English as a Second Language program with new grants and is looking for volunteers, specifically those of African descent.
In addition, Africa House is holding its second annual African Youth Leadership Conference, which allows African youth and their friends and family to meet with others in their community, build on individual leadership skills, participate in a local service project and much more.
The event will be on Saturday, Aug. 16 at 9 a.m. at the IRCO Community Center, 10301 NE Glisan St. Call Ali at Africa House at 503-802-0082 for registration and information.
OSHA's next multicultural workforce workshop will be held on Wednesday, Sept. 17 from 8 a.m. to noon at OSHA's Eugene Field Office. Register for the class by faxing a request on your company letterhead to 503-947-7462 or on the website at www.orosha.org under "Education."