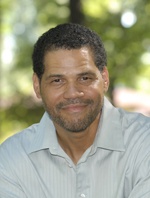 When John Wolfe googled "African American psychologists" in Portland and couldn't find one, he knew the problem was more than just perception.
Wolfe is now trying to bridge the gap between the need for therapy in the community and the available supply of professionals.
Just like his father before him, John Wolfe had always been drawn to the career of social work. And since coming to Oregon in the 1970s, Wolfe has been working in one form of social work or another for nearly 28 years. With a focus on couples counseling, Wolfe is now trying to reach out to Portland's Black community as one of the few fully licensed African American Imago relationship counselors.
"I see it as a service to the community," he told The Skanner. "There is a lack of African American therapists to meet the need."
The lack of African American counselors and mental health professionals was one of the main reasons the African American Mental Health Commission founded the Avel Gordly Center for Healing. Wolfe, who contracts with the Portland Relationship Center, wants to help add to the available counselors who understand the complex cultural and social demands of Portland's African American community.
Wolfe has also just released his first fiction book, "Night of the Moray Eel" which not so loosely follows several of his own coming of age tales from his youth in Hawaii.
His father, one of the first Black Marines fighting in the Pacific in World War II, relocated his family from Ohio to the island state in 1946 on the advice of a friend. Wolfe's father had grown accustomed to the island's many attractions during frequent stops there with the Marine Corps. His mother was an artist and teacher and his father, following his military service, went into social work, eventually becoming the chief of civil rights for the Federal Aviation Administration.
"I was following in Dad's footsteps," he said.

A Couples Counselor
Wolfe is the first person to tell you he has a perfect, storybook life without any struggle. He's been divorced. He's now married to a Caucasian/Native American woman, with whom he has two young children. His other two children are grown. And perhaps it is this that makes him such a passionate counselor for couples.
"We could really use expertise when it comes to couples counseling —  the most up to date information about staying together," he says.
Wolfe also wants to help out a community that has a high number of single parent homes, where children growing up may not necessarily know what a "happy" couple looks like. He worked for years as the program director of Friends of the Children, a social worker for the Casey Family Program and also as a couples and family counselor for state child welfare services.
A self-described Christian, Wolfe says he is very accepting of all faiths. He also wants to help gay and lesbian couples and the relationship pitfalls they typically encounter. While pastoral counseling is the cornerstone of the community, Wolfe doesn't want to replace that tradition, just provide different avenues for people seeking help with themselves or their relationships. Many couples, he says, simply need to discover that it takes a lot more than the power of love to maintain a long term, healthy relationship – it takes a good deal of understanding.
"It's fully embracing the partner for who they are," he says.
Wolfe practices a form of therapy known as Imago.
Wolfe operates on a sliding scale and says if someone comes to him seeking help, he always finds a way get them into his office. He wants people to not feel bad about spending money on themselves.
"How's the happiness quotient going for you?" he asks.
His book, "Night of the Moray Eel" – a tale of growing up African American in the "salad bowl of minorities" that is Hawaii – is available at Powell's Bookstore and Amazon.com. He's hoping to get the book – which explores themes of racism amongst different minorities, environmental concerns, the dangers of the world and others —into schools for students to read.
You can reach John Wolfe at the Portland Relationship Center at 503-234-4440.