A Noose in the Pearl 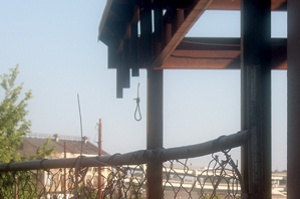 A neighbor of the Ziba Design World Headquarters construction site in the Pearl District photographed this noose hanging from a metal beam Monday morning, Aug. 4. The noose was placed at the front of the site facing Northwest Ninth Avenue, near Lovejoy Street. The neighbor, an African American man who asked not to be identified at this time, said the noose was removed by early afternoon after he told his apartment building manager, who in turn contacted the construction company. Real estate manager for the project, Greg Close - who is not connected to the construction company - said there was apparently a break-in at the construction site over the weekend. "The contractors managing the project report that they removed whatever the artifact was as soon as they were notified on Monday morning," Close wrote in an email. "They have indicated that 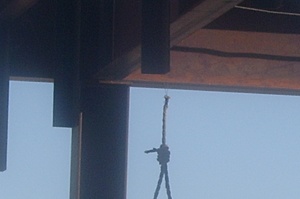 appropriate job site personnel will be made aware to keep especially vigilant about security concerns." Next week The Skanner will publish an update on the story. 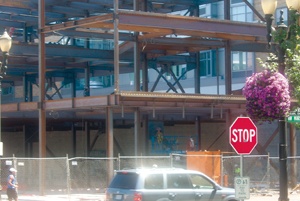