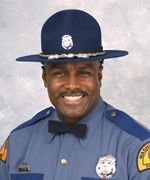 While many industries are laying off employees or cutting back expansion, the Washington State Patrol is becoming increasingly desperate to attract new employees.
With a combination of targeted media advertising and decentralized testing, the agency is looking to replenish and diversify its ranks.
"We have been losing troopers to other police agencies as well as specialty agencies within the state patrol," said Sgt. Johnny Alexander. "There are also a good number of baby-boomer age troopers retiring." The Washington State Patrol employs over 2,250 troopers and has been losing employees quicker than they can be replaced. The current rate of troopers leaving the agency stands at nearly 5 a month.
As part of its expanded recruitment process, the Washington State Patrol is holding decentralized testing – holding entrance examinations in locations outside the urban centers — in order to "step outside the box to expand recruitment outreach initiatives toward areas of the state less frequently targeted to attract future troopers."The State Patrol is holding a decentralized recruitment exam at the Norm Dicks Government Center in Bremerton on July 28. Kitsap County has not been a recruitment testing site for many years and the agency hopes to find success there.
In the past, the Washington State Patrol focused its recruitment efforts primarily in the western slice of the state, mainly based on the proximity of military bases and major cities.
"I would say it is a 60-40 split, which 60 percent [of the current force] living in the I-5 Corridor," said Captain Mark Couey.
A major reason for this expanded search is that one of the mainstays of the recruitment pool has been the military, specifically applicants around the Fort Lewis area. With military recruitment down overall and extended deployments for active duty military, this source of potential employees has dried up.
But with less of a focus on military enlistments, the agency has had to increase its focus on outlying areas, where they hope to hire well-qualified motivated employees.
"As far as recruiting troopers, we have relied on the military applicant pool and having those soldiers sign up," said Alexander. "However, enlistment periods are longer now and there are more incentives to remain in the military."
In addition to losing applicants to the military, state troopers who are already on the force are also members of the national or state guard. With the average trooper being 37 years old, many are being called up to active duty overseas.
"A lot troopers are affected by the war as a good portion are prior military or in the state guard," said Alexander. "But we can manage that situation very well and still provide the same service and coverage."
Another main focus of this expanded search is to attract more diverse applicants. The Washington State Patrol's current recruitment goal is to pull in 15 percent of their applicants from minority groups, with 4.2 percent being African American.
"The idea is that if you can recruit a more diverse applicant pool, then you will have a more diverse workforce after training," said Lt. Marc Lamoreaux. "We've had considerable success in increasing the diversity of the applicant pool."
While preferential treatment toward an ethnic or racial group cannot be shown in the hiring process, they hope to diversify their workforce by expanding those who apply. Currently fewer than 10 percent of the Washington State Troopers are from a minority ethnic or racial group and only 8 percent are female.
"The challenge is that the best applicants that rise to the top of our list also rise to the top of other agencies' lists," said Lamoreaux. "Many applicants test with multiple agencies."
The recruitment blitz has already shown signs of success. Within the past four recruitment cycles, they have succeeded their goals.
"We've had an aggressive recruiting blitz and last year received 2,229 applicants," Lamoreaux said.
The starting salary for a Washington State trooper is $46,704 after completing 21 weeks of training. A potential applicant does not need to be a college graduate to apply for a trooper position. What is required is a high school diploma or GED, and good judgment skills.
"Most of all we want applicants to demonstrate integrity, be trainable and a good sense of right and wrong," said Alexander.
The examination in Kitsap County consists of both a written and oral examination. There are also plans for additional decentralized tests in Spokane and other locations across Washington State. There is a monthly test held at the State Patrol's offices in Tumwater. For more information on testing and to reserve a spot, contact Sergeant Johnny Alexander at (360) 704-2301 or visit http://www.wsp.wa.gov.