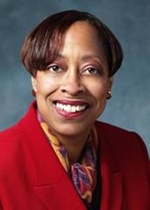 The Portland Community Media Board of Directors has announced that Sylvia McDaniel will assume the role of executive director, effective July 14.
McDaniel will take the helm of Portland's biggest cable access television network after a 10 year absence from the area.
"I am passionate about what community media stands for," she said. "At PCM, we connect to communities and value one's right to be heard."
PCM, through an agreement with the City of Portland, manages six cable access channels. A large percentage of the organization's funding for operations comes from the city's general fund.
Established in 1981, PCM has expanded its operations to include media production services, community development for nonprofits, web media and youth media education. It has over 150 volunteer producers and is the only Portland area television channel that broadcasts uninterrupted meetings of Portland City Council, Multnomah County Council and the Oregon State Legislature.
The PCM board, which began a national search for an executive director last November, utilized the services of TACS to head the search. TACS, which offers technical services to nonprofits, worked with the PCM board to narrow the pool of applicants to three finalists.
"We were fortunate to have great candidates, which made our decision rather difficult," said Board President JoAnn Bowman. "But Sylvia's enthusiasm and passion for PCM won her the position."
McDaniel said she values integrity, fairness, diversity and "ethical" journalism, which is why she also feels that community media is the right place for her. Over the past 20 years, she has earned an accomplished executive leadership record in the nonprofit, government and private sectors, which included both public and broadcast television.
She served on the mayor's administration in Kent, Wa. and headed marketing programs for Pike Place Market, Downtown Seattle and, locally, the Garlington Center.  McDaniel was CEO of her own consulting business, as well as a talent agency. She is co-founder and board chair of a small nonprofit youth organization that her daughter manages. The group utilizes dance as a coaching tool to teach kids social and teambuilding skills.
McDaniel left Portland in 1997, after Rotary International chose her out of hundreds of applicants to serve as an ambassadorial scholar to London, England.  For one year, she studied at East London Graduate School of Business, and on behalf of Rotary USA, made public appearances at Rotary Clubs throughout Great Britain.
McDaniel has a bachelors degree in business and communications from Concordia University and an associate degree in general studies from Portland Community College emphasizing broadcast journalism.