Reginald McPherson was born on May 15, 1954 to Elmer McPherson and Josephine Richardson. He died on Feb. 6.
Mr. McPherson completed elementary and high school in Portland, graduating from Jefferson High School. After graduating, he worked at a variety of jobs. 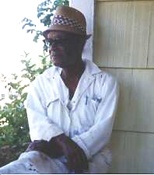 
He met and married Elizabeth Roberson in 1936. Soon after, they moved to Portland. To this union four children were born: Donnie, Rose, Howard and Richard. Mr. Williams gave his life to the Lord at the age of 40 and was a member of First AME Zion Church. He married a second time, in 1977, to Althea. He had many talents, including painting houses, detailing cars and landscaping, and he maintained a deep love for music.