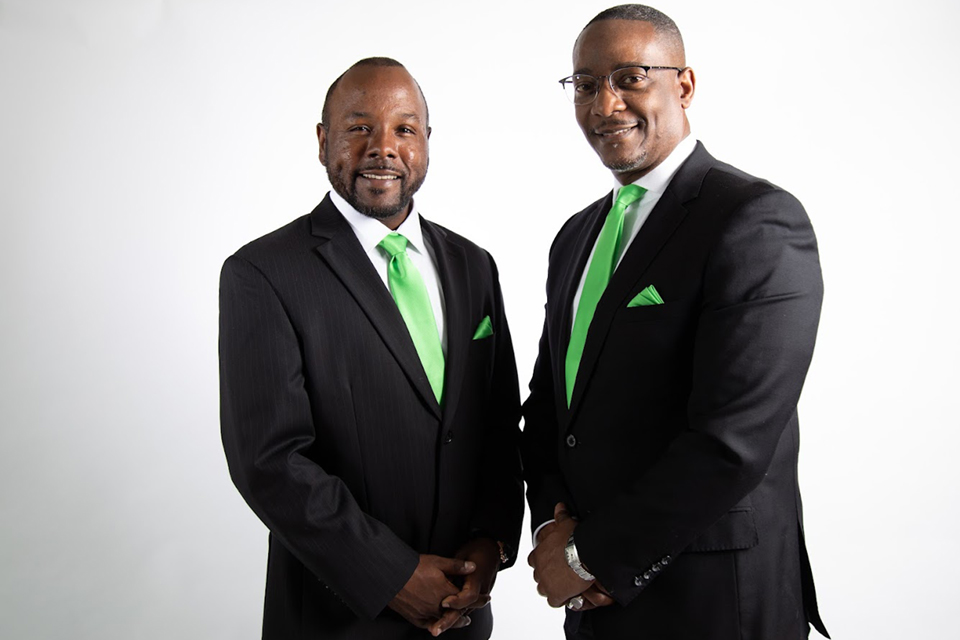 After George Floyd’s murder, amid months of protests and calls for police reform, some Black local business owners considered the conversations that weren’t happening. 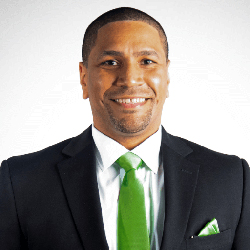 BBAO chair Alando Simpson“To us it was more about, at what point are people going to wake up to the fact that we live in capitalism? At what point are people going to take into consideration the fact that this man was sacrificed as a result of using a fake $20 bill, which directly relates to him not having financial means?” Alando Simpson, CEO of City of Roses Disposal and Recycling, told The Skanner. “Why does no one talk about capitalism, about Black economic prosperity? If we don’t have financial means, how are we ever going to gain control, which is the conduit to liberty?”

Concerned that a powerful moment of outrage would amount to ambitious initiatives but ultimately little actual change, Simpson worked with Black board members of the Portland Business Alliance and the National Association of Minority Contractors-Oregon Chapter to form the Black Business Association of Oregon (BBAO).

“I come from that generation where we say, hey man, nothing wrong with marching and protesting, but we want to actually do something actionable that actually changes the narrative and changes the outcomes real-time,” Nate McCoy, executive director of NAMC-Oregon and BBAO board member, told The Skanner. “The Black Business Association is really trying to create a foundation of having all of this analyses and data through dashboards, and really what we call a scoreboard. We’re asking, are we really achieving these goals we say we want to make a dent in? Or are we just kind of talking about it and coming up with plans that really aren’t addressing the root causes?”

“We know that George Floyd lost his life when a knee was held against his neck by Officer Derek Chauvin,” they wrote. “It is the Invisible Knee, however, that has kept Black Americans from prospering: it is the unobservable forces that have prevented Black families from building, growing and sustaining generational wealth within the broader community.”

“It couldn’t have been a better time for us to stand up George Floyd in a way that not only acknowledges his graphic passing, but more importantly, how him being a martyr in that situation could be a catalyst to inspiring our next generation that their economic freedom is going to end up being their mental, spiritual, psychological, emotional freedom in the 21st century,” Simpson told The Skanner.

From that, the group formulated the Black Economic Prosperity Agenda, a plan to activate public-private partnerships to promote the development, resiliency and prosperity of Black businesses throughout the state. Central to the initiative is a "regional dashboard of Black prosperity" to track the economic well-being of Black Oregonians.

In order to do that, BBAO had to launch something that did not previously exist: a database of Black-owned businesses in the state.

“Right now there is no list you can find in the whole state that really identifies where these businesses are at, where they reside, how they’re doing,” McCoy said.

“We have no temperature check on that."

"So the first order of business is to work with the state to figure out how we help in identifying these firms so that we can actually start working with them.

“It’s kind of like the census. If you’re not part of the census, it’s hard to appropriate money to really support what is needed in various communities. It’s the same for Black business. We need to be able to find them and show our state, our local and federal government that these people have this enormous amount of problems, here’s where they are, here’s what they’re facing, this is why the money is needed so much to support what we’re doing.”

“There are a lot of data points we can lean on,” Simpson said. “For everyone’s aspirations of social equity, and everything we spend and invest in today, how is it that Blacks are still at $25,000 median family incomes? It doesn’t make sense that the Black community is worth $12.50 an hour. That’s the whole key, is to make sure that whatever business or service you’re looking for, there will be a direct directory for you to lean on that will give you access to those entities.”

BBAO is working with Craig Dawson of the Black Business Warehouse in Washington state to expand its Pacific Northwest directory of Black-owned businesses.

Just as important, Simpson said, was to make a financial case for supporting Black business development.

“How do we create a business case to Black liberty"

“(The group asked), What can the private sector do to create a model where we grow the economic prosperity of the Black community and, as it operates in capitalism, people receive a return on investment in doing so?” Simpson said. “How do we create a business case to Black liberty – financially – and how financial institutions, philanthropy, the wealthiest around, can actually receive financial benefit by liberating Black people economically? We need to create something that’s sustainable so people continue to invest in, and we can continuously see change.”

He believes group economics is key to uplifting the Black business community.

“When you practice group economics, you circulate that wealth and that’s how you build a community,” Simpson said. “So we went to the Portland Business Alliance, who we already worked with, and said hey, if there’s any organization that’s in a prime position to be able to promote the private sector in a way that uplifts, supports and liberates the Black community through ownership and entrepreneurship and wealth creation, this would be the organization.”

“We raised funds from every layer of public agency: Prosper Portland, Multnomah County, Metro, the state of Oregon and its Black Caucus invested,” Simpson said.

The successful fundraising allowed BBAO to hire Lance Randall as executive director in February 2022 after a nationwide search. Randall, formerly of the city of Seattle's Office of Economic Development, is originally from Macon, Georgia.

“He opened a new lens on this community, because he’s not from here,” McCoy said. “He’s coming from a state like Georgia, where it’s very Black-centric, to a place that’s a bit more disjointed and disconnected and not as communal as it could be or should be.”

“He’s an economic development practitioner, which is rare in the Black community,” Simpson said. “He knows what it’s going to require for us to build economic stability and strength within the Black community, so that it can liberate itself and work collectively as one to be able to change the paradigm of conditions of Black individuals in this country. And that’s really what this comes down to.”

Simpson and McCoy reported they were working with Sen. Jeff Merkley (D-Oregon)’s office to secure federal appropriations. That funding will support a future center for Black economic advancement, McCoy said.

Though no property has yet been purchased, BBAO’s vision is to incubate Black businesses and house resources for Black entrepreneurs in one location.

“We’re working right as we speak to figure out some pieces of property that we might want to consider expanding and bringing what we would call ‘the village’ together,” McCoy said. “It would be a full suite of services and wraparound support for anything that could be an opportunity or it could be a hurdle for a business to be successful. For example, Is a business financially sound? Are the individuals within that business healthy, meaning trauma and mental health and stress and anxiety? It’s about having a place where people can come and be in peer-to-peer settings where they’re working alongside other businesses at their level, as well as businesses at a higher level, in a way that also brings business and workforce development together too.”

He added, “We see having different organizations with satellite offices, where schools get a chance to come and see already established Black and brown businesses that they can touch –  the model of ‘if you can see it you can be it.’”