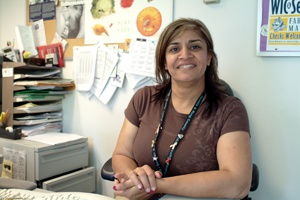 On a recent Tuesday evening, homeowners at risk of foreclosure attended a housing intake at The Association of Community Organizations for Reform Now office in Burien.
The homeowners were from a variety of ethnic, social and age backgrounds. All, however, shared the same worries about regarding their mortgage and wanted ACORN to assess their needs and find out how they can help them
"It's not only a Black or minority problem," said John Jones, Washington State Chapter president of ACORN. "No one is exempt — everyone's living in sub-prime hell."
According to Realtytrac.com, over 1400 homes were foreclosed across the Seattle Metro area in May alone. With numbers on the rise, the current housing crisis is being felt across all social, economic and class lines.
Predatory lending and sub-prime mortgages are the main culprits what is described by many news organizations as the worst housing downturn since the Great Depression of the 1930s.
ACORN began their local Working Families Prosperity Project in February 2007 to address the rise in foreclosures among lower income homeowners and negotiate fairer mortgage rates.
"To everybody else, we may have it all," said Jones. "But how do we admit to our family, our neighbors that we are in debt and owe money?"
While the crisis is felt across economic and class lines, ACORN says the people most effected and most vulnerable to foreclosure are lower and middle-income homeowners.
Those who fall behind in their monthly payments are often consumers of predatory lending or victims of circumstance.
Cal Austin, a mother of six kids, struggled paying her mortgage after her husband had knee problems that kept him from working. They refinanced their mortgage after becoming mired in debt.
However, their new mortgage's interest rate rose from 5 percent to 9.7 percent. This meant that her monthly mortgage payment also increased dramatically.
"I knew what I could do and no way was I going to be pushed out of my home," Austin said. "I had to be proactive."
She attended a foreclosure intake in February at ACORN. Afterwards, her housing counselor renegotiated her mortgage, decreasing her monthly mortgage payment from over $3,100 to $2,200.
Others at risk of foreclosure refinanced their mortgages based on financial advice from their existing lender, but soon found themselves in worse financial shape.
"We refinanced our mortgage because we couldn't get a loan from anywhere else," said Julio Santos.
Julio and his wife Linda trusted their lender at Washington Mutual, because he had got them into their previous two homes. He recommended that they refinance their current mortgage in order to pay off debts and afford necessary home repairs.
"He was our friend, and promised lower monthly payments and interest rates," said Santos.
However, their loan's interest soon rose from 6.9 percent to over 10 perecent. With their money already spent on home repairs, they were now stuck in a home they could not afford and quickly fell behind on their monthly payments.
ACORN is currently working to renegotiate their interest rate with their lender and to obtain a forbearance on the owed payments, which means that amount would be carried over to the end of the mortgage.
The Santos family says ACORN is helping them to renegotiate with lenders and teaching them important skills related to their mortgage and financial matters.
"Honestly, I'm not a financial kind of guy," said Santos said. "But we've gone to some of their educational workshops and I've learned a lot and become more involved in my mortgage."
ACORN says their housing project has helped more than 4,000 people avoid foreclosure and hope to reach 20,000 nationally. Locally, they have helped over 100 people since February and see six or seven new homeowners every week.
"It is a nationwide epidemic, but we teach our members to be proactive not reactive," said Jones. "It's not a shame to be in debt, but it is a sin if you don't defend what is yours."
On July 17, ACORN is holding Washington 's first ever mortgage help fair. The event is a mass intake of borrowers seeking help. The fair will be held at the Burien Town Hall and is coming together of community members, Washington State legislators, major lenders ACORN state leaders and troubled borrowers.
The event is meant to provide help and create awareness about the epidemic of foreclosures, which creates hardship on those who are most vulnerable. ACORN also holds regular foreclosure intakes in order to provide information and counseling for troubled home borrowers. For more information, visit http://www.acorn.org