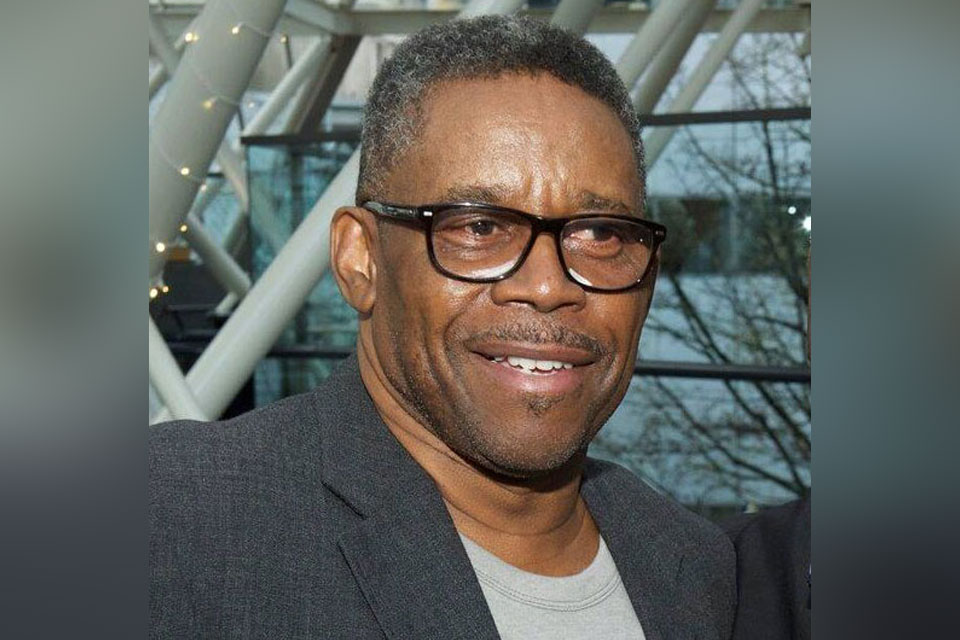 After this month's election, James Posey, former mayoral candidate and co-founder of the National Association of  Minority Contractors of Oregon, will succeed Sharon Gary-Smith as president of the NAACP Portland. Gary-Smith took over leadership of the NAACP after Elbert D. Mondainé resigned amid allegations of abuse.

The following interview has been edited for length and clarity.

The Skanner: Why did you decide to run?

James Posey: I decided the current version of the NAACP was not as effective as I thought it could be, or should be. We’re in a period of time now where the NAACP really needs to scale up its activity in terms of dealing with racism and justice in our community.

I would not have run for president if I thought the branch was doing what it could be. Many of our committees were not functioning, we had not had an active secretary for many months, many of the committee chairs had resigned. I’ve got to give Sharon credit for stabilizing the financial situation, but at the end of the day there was not a lot of consensus that we were moving forward in a way that the NAACP could move forward. In terms of its membership, we didn’t have a membership chair for many months. It’s a membership organization, so how do you move forward without an active, progressive membership committee?

It’s a volunteer organization, and in this day and age, to be able to sustain a membership organization, you have to work extra hard and do out-of-the-box kind of things to recruit and retain membership.

There are a lot of things that are going on in this community that I think the NAACP, by virtue of its brand, its history, could be a force in trying to make some differences. For example, how do we continue to have a 50% achievement gap between Black youth and white youth in our public school system, and expect that the next 10 years will bring about a bright future for African Americans in this community? I didn’t see any direction in that way. I don’t see us actively involved in this political process. We just went through this 2022 election – I didn’t see the NAACP aggressively trying to enhance voter participation and/or players in this arena. They did do some things around the charter review (measure), but when our membership, in terms of its active members, are less than 25% of the people on the rolls participating in regular meetings, to me that was not a good picture.

To make a long story short, we can do better. I think we will in the future. I’m not a miracle worker, I don’t claim to have any magic potion to change things, but at the end of the day we’ve got to go in a direction that’s going to allow us to maximize what we need to do in terms of utilizing that brand as a way of improving the whole status of everybody in that community. Not just African Americans, but everybody will be uplifted if, in fact, the NAACP really operationalizes its mission and becomes a powerful force in our community.

TSN: What do you think has led you to this moment of leadership?

JP: If you look at my background, in every aspect of my life – whether it be in my school work or my job, my business – I’ve been an advocate for changing the conditions that Black people have to live in. In this last election, Measure 112 to get rid of slavery (from the state constitution), do you know (more than 800,000) Oregonians voted to keep slavery in our constitution? This is 2022! We have more than half a million people in our state who want to retain slavery. If that doesn’t tell you something about the work we need to do, I don’t know what else to tell you.

If you look at my record, I’ve run a business in construction. I’ve been thrown off of job sites because they didn’t want an n-word on the job site. In our industry, every year somebody hangs a noose at a job site.

TSN: Going back to the education gaps, what do  you envision the NAACP being able to do differently?

I think we need to stop relying exclusively on the educational system itself.

We need to bring to the table the private sector, and we need to encourage private sector folk to be involved in the overall health and prosperity in this community. The private sector has been a silent voice in this whole process. It is my intention to recruit or enlist the private sector in a more progressive way, assertive way. They’ve not been asked to do more in terms of changing the dynamics on this front. We all have to come together. That achievement gap has been going on for 30, 40 years. If we’re not changing that baseline understanding of how people succeed in America, then we misunderstand what we’re doing here.

TSN: What are some other areas you think the NAACP should focus on?

JP: My intent is tuning up the NAACP, making it the most efficient, effective vehicle for doing what it has historically been doing. We have an array of committees, like the political action committee, the committees that deal with health disparities, we have a legal redress committee, we have an environmental justice committee. Those committees need to be operational and active. We need to have good leadership in those committees, and they need to function. They need to be accountable for change based upon the data and measurable goals and objectives.

It’s my hope that I can encourage and actually enlist people throughout this community to be involved in a way that we can light some new energy and new activity in terms of moving the needle forward. That’s the bottom line.

TSN: Ideally, what role do you think the NAACP Portland should be playing locally and statewide?

JP: I think the NAACP can mobilize the Black community in a way that maybe other organizations have not been able to mobilize it. The NAACP has a historical platform that is based upon some principles that most of Black culture adheres to, and we’re operating off the shoulders of people who started the oldest civil rights organization in the country. We’re the oldest branch west of the Mississippi. The legacy of the NAACP is out in front of us, and we can’t afford to let that languish, we can’t squander that legacy given the many challenges we face in the African American community.

TSN: What do you see as being primary focuses for the NAACP going forward, when we’re talking about Portland?

JP: The NAACP should be focusing on the array of committees that we have. For example, we have a political action committee and we have a legal redress committee and we have a health committee. Where those committees intersect – just as an example – the use of marijuana and its adverse effect on the African American community, how marijuana has negatively affected the criminal justice system. You just heard the governor pardoned 45,000 individuals with low-level marijuana use or cases against them. Our job as the NAACP is to analyze that and find out how many Black people in particular (are included), and find out ways in which we can give restitution and/or give them an opportunity to make up for the damage caused by (those convictions).

We’ve got to mitigate that. You look at the housing situation, you can see we’ve lost a whole bunch of housing in the north and northeast community based upon gentrification. We need to analyze, how do we make those people who left the northeast whole and see if there are some legislative and political things that will address some of those.

I’m just talking arbitrarily about the quality of life for the African American community and what we do about trying to address some of those systemic problems that have kept us back and kept us down.

This is the piece I think is very important:

First, the real power of the NAACP comes from its members.

I hope that my administration will have a signature involvement of young people in a way that we’re talking about passing the torch on to younger people in the community. The opportunity is for them to take the baton and move it into the next generation.

The thing about the NAACP most people don’t realize is it’s not a James Posey organization, it’s not an executive committee – it has to be a consensus on the part of the membership in terms of the direction we’re going to go. The power of the NAACP comes as a result of its members and the collective of power of us working together for a common mission. If we miss that, then we’re just another political entity out here doing stuff off the cuff.

TSN: What immediate changes do you want to make to the Portland NAACP when you take office?

JP: We’re going to work on making our operation more efficient, more effective, more responsive. We want to be in a position to respond to challenges in a more professional way. We want to restore some confidence in the brand, so when people sign up for the NAACP there is a very distinct objective and mission based on the data, based upon what the record shows and does not show. We want to be in a position to take this organization and use whatever levers of power available to change the dynamics.

In just about every area, African Americans are behind. I don’t want to be in the bottom of the garbage can for every statistic that impacts the community – highest unemployment rate, highest incarceration rate, lowest home ownership rate. We have got to change that.

We’re the lowest common denominator, as it were.

TSN: How do you see the NAACP Portland engaging with the new governor?

JP: The Democrats got a scare of their life from Christine Drazan. That out to be a shot across their bow that maybe they’re not meeting all the needs they think they’re meeting. I hope Tina (Kotek) will be a member and she will engage us in a more aggressive way. Typically the Democrats have nibbled around the edges, but they have not weighed in on the many, many disparities that affect people of color and African Americans in particular, in terms of their budgets, in terms of the government agencies. If you look at how many contracts are divvied up in the Department of Transportation, you’re going to find a really horrific disparity between how (few) contracts have been distributed among various business activities in our community.

Hopefully the NAACP can be in the middle of it and be agitating and advocating for those things that are going to make our entire community better.

…We have people who have worked to get (Kotek) elected, and I think maybe the Black community may have made the difference.

I don’t think Christine Drazan got very many Black votes.

Sometimes we’re the difference. (Kotek) has got to pay attention to the other legislative people we know are strong advocates for Black people – Janelle Bynum, for example. She’s been a strong advocate with great respect in the community. She needs to put together a part of her kitchen cabinet that speaks directly to African Americans. We hope we can be part of her agenda about how we move things forward.