1920s: The Klan in Oregon Gets a Pass From Local Media 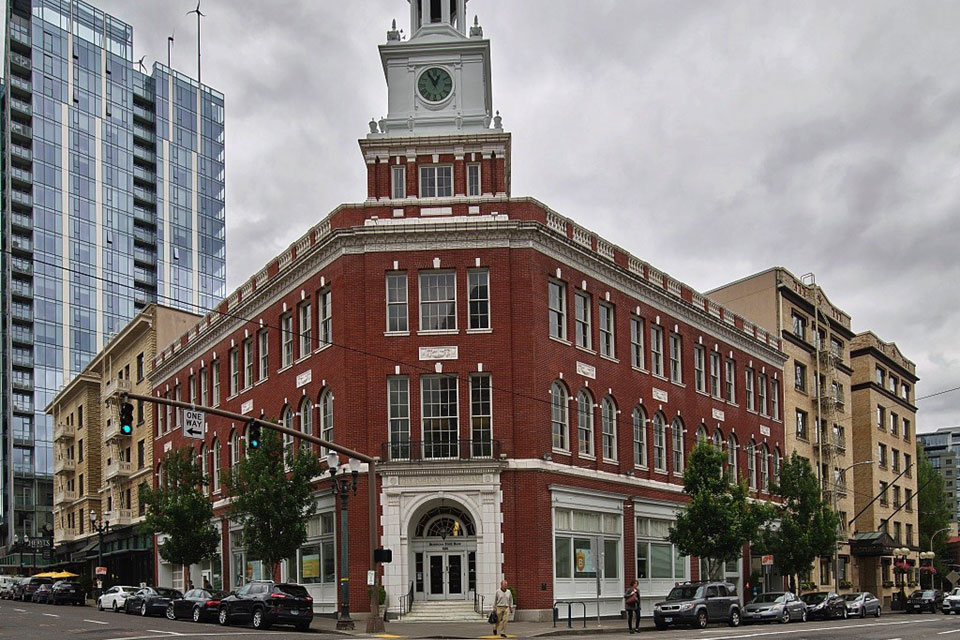 Fourth in a series

Oregon and the Klan: Part 4

You’d think it would be a juicy news story when a racist, anti-Semitic and anti-Catholic group like the Ku Klux Klan expanded into Oregon a century ago.

But as the KKK quickly rose to dominate state politics here in 1922, the hate group benefited from a largely timid news media.

“Some publishers feared the economic consequences of boycotts by Klansmen and their sympathizers,” wrote respected Klan historian Eckard Toy, “and some small-town editors either supported the Klan or maintained a benevolent neutrality.”

Weak coverage by Portland’s two largest newspapers, The Oregonian and Oregon Journal, aided the Klan’s rapid rise to power, according to many observers.

And when the Klan crusaded to ban Catholic schools in a successful 1922 ballot initiative, many newspapers ducked the issue.

“At least 80%” of Oregon’s newspapers “took no official notice” of that issue, wrote Robert W. Smith, editor of the Medford Mail Tribune.

Oregon’s experiences a century ago may hold lessons for today’s journalists, as they struggle to provide objective coverage of the January 2021 coup attempt by then-President Donald Trump after his false claims of a rigged election.

The third-largest daily newspaper in the city, the Portland Telegram, broke the story of the first Klan recruiter’s arrival in Portland on June 17, 1921.

“It was the only local news medium that would publicize Klan activities for almost four months,” wrote E. Kimbark MacColl in “The Growth of a City,” part of his trilogy on Portland history.

(Actually, The Oregonian did notify its readers that the Klan had arrived in Oregon, six weeks after the Telegram scoop and on Page 14.)

Within a couple years, the Klan chapter in Portland mushroomed to become the sixth-largest city chapter in the country, according to Kenneth Jackson, author of the 1967 book “The Ku Klux Klan in the City, 1915-1930.”

During that era, Oregon had the second-highest Klan membership, per capita, of any state, only topped by Indiana, according to historian Ben Bruce.

“The Telegram consistently exposed and attacked the Klan and its activities,” wrote Francis Paul Valenti in his 1993 master’s thesis on the role of the Portland media in reporting on the 1920s Klan. While its bigger rivals largely ignored the Klan, the Telegram openly called the KKK “un-American” and terroristic, Valenti wrote. 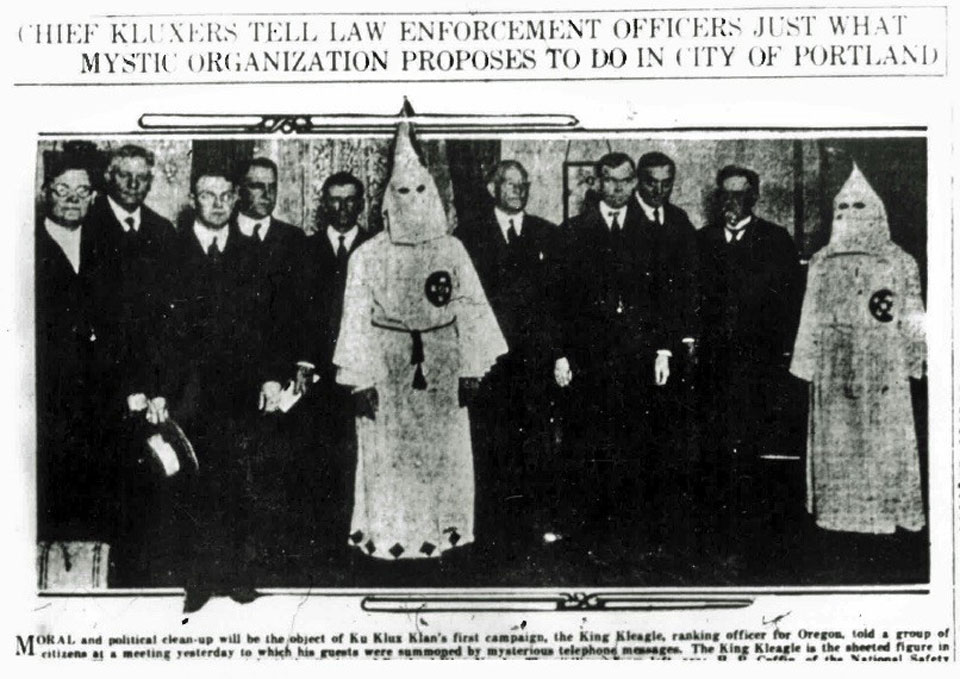 The Klan urged its followers to cancel Telegram subscriptions and to boycott its advertisers. Within a month, Valenti wrote, the Telegram lost 5,000 subscribers. Klan supporters issued threats against its employees and their family members, and vandalized Telegram news boxes and other property.

The Telegram didn’t back down, Valenti found, but the Klan attacks forced it to vacate its new building on Southwest 12th Avenue and Washington Street.

Perhaps fearful of retributions, the other daily papers failed to give the Klan the attention it warranted.

“Portland’s three other metropolitan newspapers were journalistic cowards that broke their silence only after the Klan was declining,” wrote historian Kenneth Jackson.

The fourth paper, The Portland News, was politically independent like the Telegram, but much smaller in size.

When the Klan became a central issue in the 1922 governor’s race, The Oregonian asked each of the candidates to answer a questionnaire to clarify their position on the hate group.

In response, the Salem Capital Journal accused The Oregonian of being a “coward” for failing to state its own position on the Klan, even in editorials.

“The Oregonian itself sidestepped the issue that it raises,” wrote Capital Journal editor/publisher George Putnam in an editorial. “It should answer its own questionnaire.”

If papers were largely silent on the Klan, fearful of antagonizing readers, that was “tantamount to supporting it,” Valenti said. He and other observers concluded the weak-kneed news coverage allow the Klan to grow, unimpeded by critical analysis of its role.

The Oregonian mildly disapproved of the Klan ballot initiative to ban Catholic and other private schools, Valenti noted. But Oregonian editors explained their opposition was due to fears the measure would drive up costs for public schools and take away parents’ rights to choose their children’s education.

In a Nov. 3, 1922, editorial, The Oregonian pooh-poohed critics’ contention that the initiative was an attack on religious liberty. The paper also defended the nominal sponsor of the measure, the Scottish Rite Masons, as a “patriotic” order that only sought “to promote the public welfare.”

The Journal insisted the school measure was “no encroachment on religious liberty” and declared it wouldn’t be drawn into a big debate on the measure’s merits.

In contrast, the Telegram and the Salem Capital Journal provided steady, probing coverage of the compulsory public education initiative, what might be termed “watchdog coverage” today.

“The Capital Journal put the (other) Portland papers to shame in matters involving basic human rights,” MacColl wrote of media coverage of the anti-Catholic school campaign. When the measure passed in Portland but not in Salem, he attributed the latter to coverage by the Capital Journal.

The Telegram never recovered from the Klan’s attacks, which sent the daily paper into a downward economic spiral. In 1931, the paper ceased publishing.

The Klan in Oregon

Coming up in Part 5
The Klan self-destructs

The Ku Klux Klan sets up a new power base in 1920s Oregon, and especially in Portland, and begins notching political wins. As it comes to dominate Oregon politics, its No. 1 target becomes private, Catholic schools.